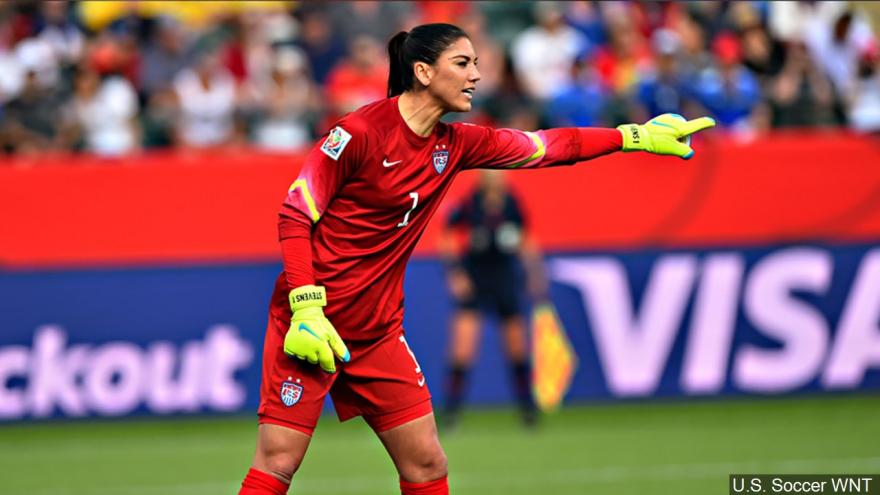 (CNN) -- US soccer star Hope Solo says former FIFA president Sepp Blatter grabbed her buttocks as they prepared to take the stage at an awards ceremony in 2013, the Portuguese newspaper Expresso reported.

In an interview posted online, Solo was asked whether sexual harassment had been normalized.

"I had Sepp Blatter grab my ass," Solo said. "It was at the Ballon D'or one year, right before I went on stage. ... It's been normalized."

The Ballon D'or is an annual award given to the best footballer in the world. Solo presented the FIFA's women's player of the year award in January 2013 and shared the stage with Blatter, who then was president of the world governing body of soccer.

A spokesman for Blatter dismissed the allegation as "ridiculous" in a statement provided to British newspaper The Guardian and to Expresso.

CNN has reached out to Blatter for comment and has not received a response. Hope Solo's representatives told CNN she doesn't want to talk to CNN about the incident.

Blatter was FIFA president from 1998 until he resigned in 2015 after FIFA investigated him and other organization officials on bribery and corruption allegations. He was suspended from all football-related activities in September 2015.

Solo, a goalkeeper, is one of the best-known American soccer players. She led the women's team to gold at the 2008 and 2012 Olympics and appeared on the television show "Dancing With the Stars."

She also generates controversy. In 2016 the US Soccer Federation suspended her for six months after she described Swedish players as "a bunch of cowards" for what she viewed as their defensive tactics in the 2016 Rio Olympics.

In 2014 she was arrested on domestic violence charges but the case was dropped the next year.