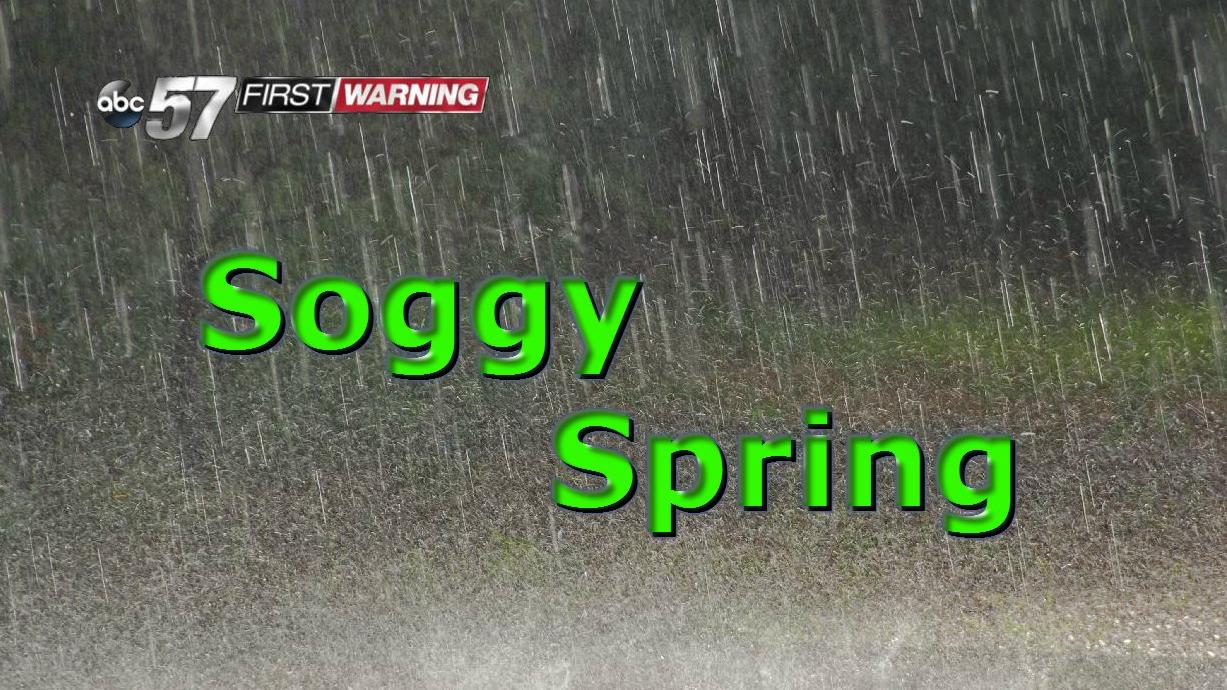 When April 2016 started off with snow showers, many questioned if these type of April showers would bring May flowers.  Now that May is in full bloom, it appears those early April snow showers, brought even more precipitation for the month of May, this time in the form of rain, rather than snow.

The meteorological spring season is from March 1st through May 31st.  So far this spring, as of May 12th, the total precipitation for spring 2016 has accumulated to 10.63".  The breakdown per month since March 2016 is depicted in the bar graph below: Typically, in any given spring season in the South Bend area, at least seven inches of rain is expected.  We're not even halfway through the month of May and we're already three inches over the normal spring rainfall.

According to the Southeast Regional Climate Center, this spring season so far ranks as the 9th wettest on record for the South Bend area.  Thankfully, we are tracking drier conditions just in time for the weekend, but these drier conditions also bring in a cool-down.  Stay up to date with the very latest forecast here.