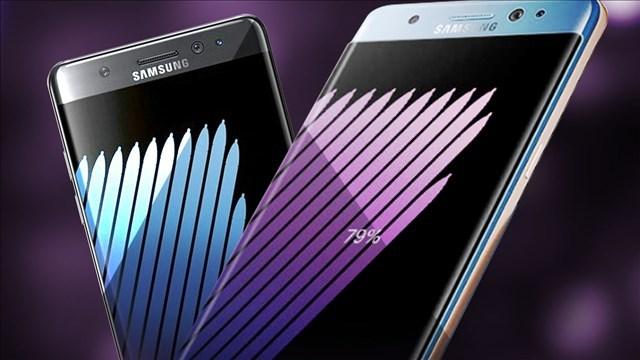 NEW YORK (CNNMoney) -- Samsung may have more trouble on its hands with the Galaxy Note 7 recall.

Customers in South Korea who received a replacement device have reportedly complained the phone's battery is overheating and drains too quickly after use, according to a report by YTN, a TV network in the country.

A spokeswoman for the electronics giant confirmed to CNNMoney that it's gotten complaints of "isolated cases" in its home country, but said the problems were due to other production issues and "completely unrelated to batteries."

Samsung's began a global recall of the Note 7 after numerous reports of the phone catching on fire while charging.

The company, which said it sold 2.5 million Galaxy Note 7 devices before halting sales, believes the problem impacts just 0.1% of the devices. However, it's still in the process of replacing previously sold devices as a safety measure.

"Our highest priority is our customers," Tim Baxter, Samsung Electronics America President and COO, said in an apology video last week. "With battery cell defects in some of our Note 7 phones, we did not meet the standard of excellence that you expect and deserve."

The global device exchange program began Monday, starting in South Korea and a handful of European countries. The program launched in the U.S. on Wednesday.

By late Thursday, nearly half of the phones sold in the U.S. had been exchanged, Samsung said.

Sales will resume in South Korea on Wednesday Sept. 28 and in other countries when conditions allow, a company spokeswoman previously told CNNMoney.