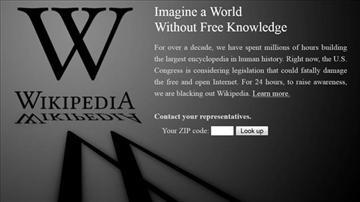 If you spend any time online, I am sure you noticed a lot of press in the first two weeks of January dealing with the SOPA and PIPA bills that were under discussion in Washington, DC.

The stated aim of these bills was to combat online piracy. The scope, however, was vague and according to its opponents denied those websites targeted with formal due process.

There was a lot of media attention drawn to this issue when some of the biggest names online gathered together for an online day of protest. This protest took the form of some sites going “black” or down for the day of protest while others like Google changed their banner to all black.

It is estimated that over 50,000 websites went black on January 18, 2012. During that protest, Google acquired over 7 million signatures opposing the bills and support for the bills rapidly fell off. Currently, both SOPA & PIPA are tabled pending reviews and their passage in its current form is not likely. They are not dead, however.

According to figures compiled by the Center for Responsive Politics, the music, film, and TV industries have spent over $91 million this year on lobbyists trying to get bills like these passed. Ask yourself this question: If you spent $91 million on, say, a very cool car, would you be content if the dealer failed to deliver that car to you? I didn’t think so.

Look at it this way. If we could catch a ride with Sherman and Peabody in their “way back machine” (Yes, I went with a Bullwinkle reference) I would take us back to the old west. You would see wide open ranges, cowboys, gunslingers, saloons and high noon showdowns. For quite some time the west was truly wild. Justice was swift and could be administered by any average citizen with a six-gun. Soon, local governments began to flex their collective muscle in passing ordinances restricting the carrying of guns within the city limits. Along came ranchers who flexed their property rights muscle thorough the use of barbed wire. Through actions like these, and others, slowly but surely, the Wild West was tamed.

SOPA & PIPA were not our government’s first attempt at controlling our internet experience, nor will they be their last. Like the old west, change is coming to the internet. Its days of lawless disregard are numbered. Politicians may be slow, but their progress, or encroachment -- depending on your viewpoint, is steady. The best we can hope for is citizens that will continue to demand accountability of these lawmakers. We need to protect companies from be ruined based simply on a very small percentage of their users doing something that those companies neither condone nor participate in.

Feel free to contact me with any of your tech questions by emailing me at helpmecompudoc@comcast.net. This is Bill Kentner and you’ve just had your Tech Talk.