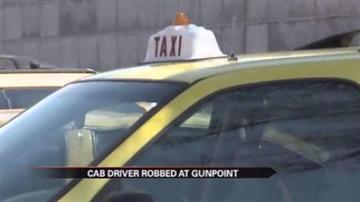 Police say it happened around 12:30 a.m. near the intersection of Angela Boulevard and Leeper Avenue.

Reports show the taxi driver picked up a man from Michigan Street near Club Fever.

The customer, who asked to be dropped off at Eddy Street Commons, pointed a gun at the driver and demanded cash.

Police say the cab driver handed over somewhere between $60 and $100.

The man was last seen running in an alley near Eddy Street Commons.