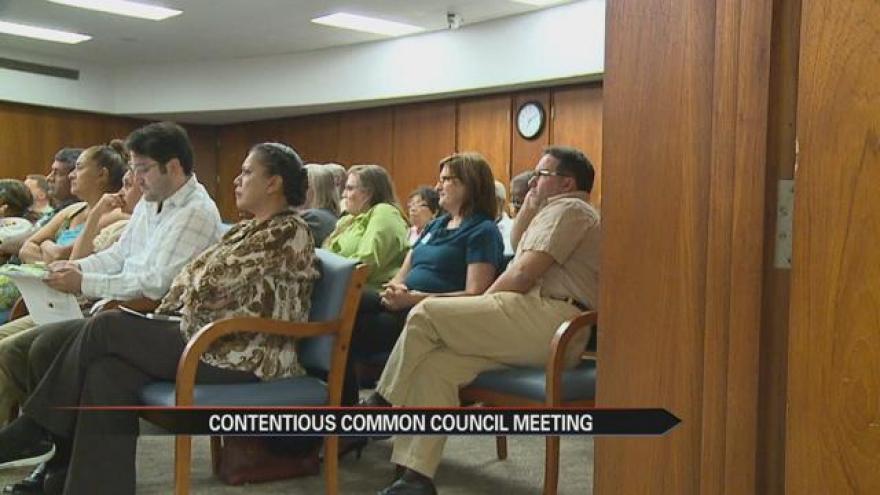 SOUTH BEND, Ind. – Monday night’s common council meeting was explosive as numerous members of the public stepped up to the podium to address the matters that mean the most to them.

One of the most talked about issues was City Clerk John Voorde’s email address being connected to the adult dating website, Ashley Madison.

The second, was the city’s development plan for Western Avenue.

Voorde was in attendance running the meeting as usual, despite coming clean to ABC 57 News on Friday about his involvement with the website.

Voorde listened intently as, one by one, people were asking the Council for a deeper investigation into what happened. Some even asked for his resignation.

When it came time to talk about the Western Avenue development plan, Scott Ford from South Bend Community Investment came to address what he calls, misinformation throughout the community about the Smart Streets Initiative and the facade-matching grant.

Ford says although many residents believe the plan is aimed to displace them, he says that is not true.

To see the Western Avenue plan for yourself, click here.