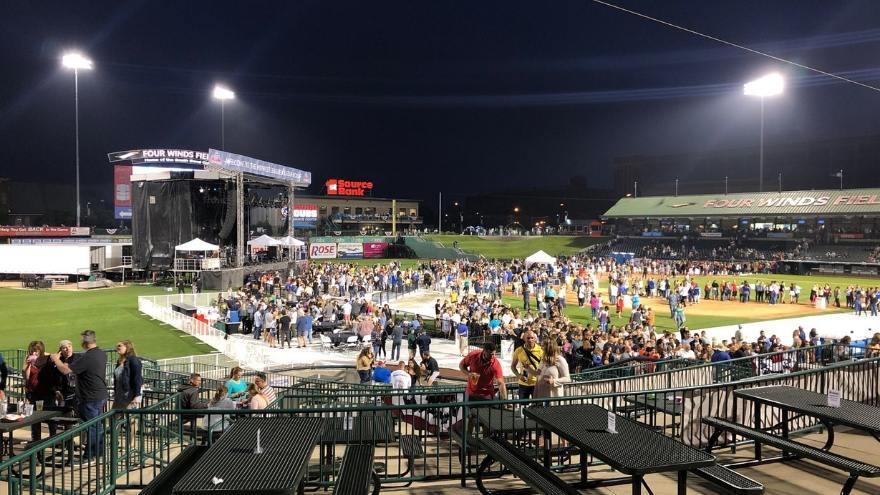 SOUTH BEND, Ind.—The South Bend Cubs on Monday apologized for the cancellation of the Pitbull concert on June 16.

The organization said that refunds for the concert tickets will be available starting Monday, June 24.

“We apologize to our loyal fans who waited for Pitbull last night,” said Andrew T.  Berlin, owner of the South Bend Cubs. “The trust of our fans is something we hold very dear to our hearts.  That’s why I personally stepped onto the stage to tell ticket holders that the concert was cancelled.  It was a tough thing to tell everyone because we’d been working frantically behind the scenes to help Pitbull get to town, including alternative travel arrangements.”

The South Bend Cubs released the following statement on Monday regarding the cancellation:

“At 6:30 p.m. we got a call from the Pitbull staff that there were weather issues with regard to flights out of Florida,” added Joe Hart, President of the South Bend Cubs.  “But there was no talk of cancellation in that 6:30 call.  We believed we could still get him here.”

Instead, we mobilized our team to talk with Pitbull’s agents, and our own pilots to talk with his pilots.  We were determined to solve the problem and doing everything possible to get him here.

Any suggestion that we delayed telling fans so that we could sell concessions is both untrue and preposterous.  We were actively working on getting Pitbull here.

By 9:15 p.m. we realized that even if we could get Pitbull here, the 2.5-hour flight would get him into South Bend too close to midnight.  To make people wait that long was unacceptable.

Out of fairness to the act that was onstage at the time, we waited until they were finished and then within 60 seconds, Berlin himself stepped immediately up to the microphone to tell everyone what had happened.