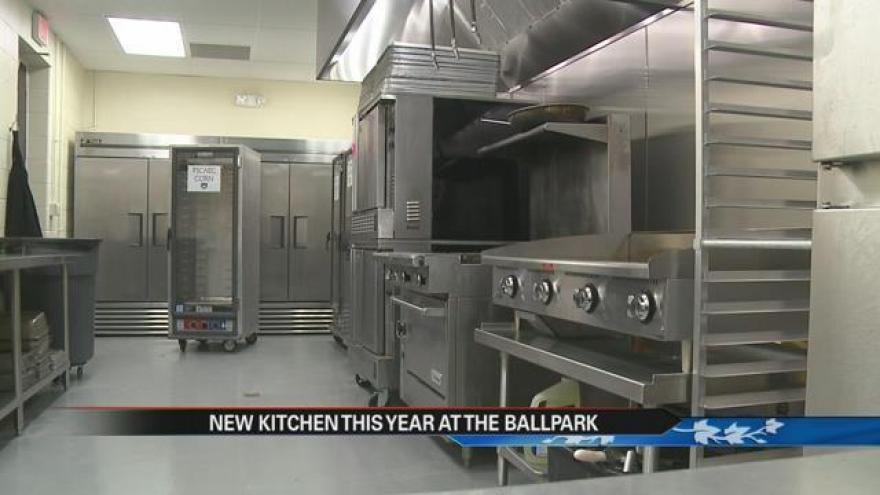 Thursday is opening day for the South Bend Cubs and one of the new features at Four Winds Field is a new kitchen. There were also upgrades to the concession stands.

Executive Chef Josh Farmer says the new kitchen was necessary. He says the lack of space was a major issue last year.

"This ball park in all honesty has struggled to keep up with 6,000 people," said Joe Hart, President of the South Bend Cubs.

Often, it could take up to 15 minutes to order.

"You don't want to take away from the guest experience," said Farmer.

Farmer says last year's average of around 5,000 guests per game showed them they needed more space for food prep and storage.

"We all expected it to be busy last year and we were under estimating how busy it was going to be, we were all blown away by that," said Farmer.

Besides the kitchen, there will be new food options, too.

This year Burgertopia has a new grill to crank out more burgers. They also have a new turkey patty and a new decadent burger - the Grizzly.

"That new grill is going to help with cook times and execution and a better quality product," said Farmer.

Although you will never see the investment, the team hopes you can feel it.

"While this may be something that the fans can't necessarily see we did it with the intent to help improve the experience," said Hart.

The original kitchen will still be used. The crew that works there will focus on the food that goes out to the suites and Stadium Club.