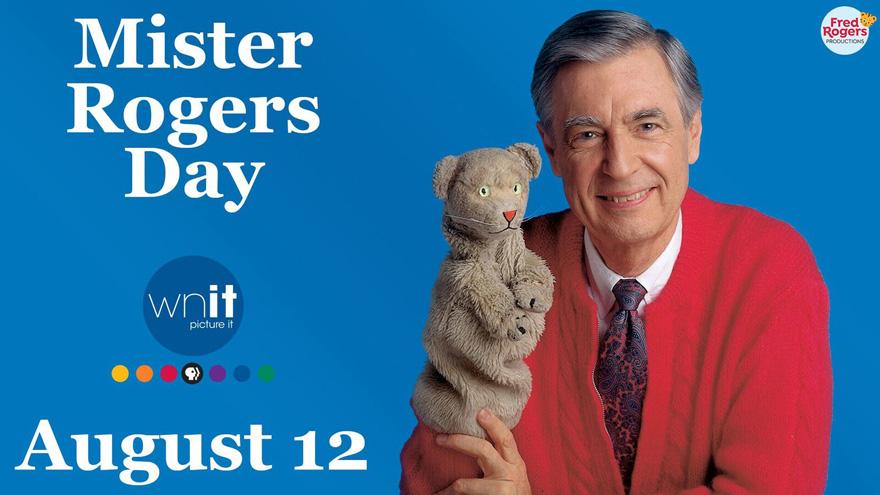 The South Bend Cubs will host a Mister Rogers Day on August 12 at Four Winds Field in honor of the 50th anniversary of Mister Rogers' Neighborhood.

The South Bend Cubs will be partnering with WNIT and Fred Rogers Productions to celebrate the anniversary.

During the game, the video board will display clips from the show as well as special messages of thanks from fans, players and community members.

Daniel Tiger, star of Daniel Tiger's Neighborhood, and son of the beloved original puppet, will also attend the game.

Fans can sign a giant banner to write their own message of thanks to Mister Rogers.

After the game, the special jerseys will be auctioned off with the proceeds going to WNIT.

“Mister Rogers inspired generations of children with the message that it’s ok to be ourselves,” said Joe Hart, President of the South Bend Cubs. “He taught us important life lessons and did so in such a caring manner. During the 50th anniversary of Mister Rogers’ Neighborhood, we feel it’s important to recognize and honor his legacy, and to share it with our younger fans who may not have had the chance grow up with our television neighbor.”

Greg Giczi, President and General Manager of WNIT, said, “Mister Rogers is beloved like the South Bend Cubs. Whether you are a Mister Rogers ‘alumni’ and he was part of the formation of your value system, or a current ‘student’ learning from Daniel Tiger, you know you are loved, ‘just the way you are’.”

Gates open at noon and first pitch against the Lake County Captains is scheduled for 2:05 p.m.