South Bend Fire pushes for more women in the ranks 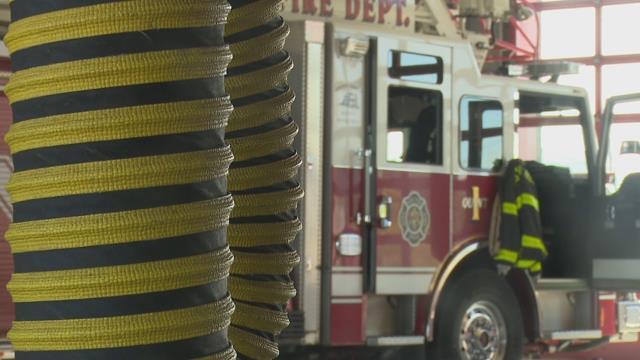 South Bend’s Fire Chief says the push to attract more minorities and women to the department is starting to see some progress, but there’s still work to be done.

Women across the country make up only a single digit percentage of this field’s workforce.

In South Bend, women in the department only make up three percent.

Those are facts this department is efforting to change, and they’re doing that by dispelling some stereotypes about the career.

“It’s very fulfilling but it’s a lot of hard work and you’ve got to be able to put forth that effort and do that work,” said Erin Tibbs, firefighter, advanced EMT “I’m a 36-year-old mother of four and I made it through crew school and here I am.”

Tibbs is a fire fighter for the city just one month away from her one year anniversary.

But when she’s not chasing flames, she and her husband are chasing after their four kids.

“They saw how hard I worked to get this job and just the physical aspect and the studying and I hope that shows them, yeah it’s hard but look at the reward you get in the end,” said Tibbs.

That’s the message Tibbs and this department have been spreading to the community.

“We hosted a camp it was an overnight camp with young ladies and let them know firefighting is not just a career for men it’s also a career for women,” said Fire Chief Steve Cox.

The department is starting young with outreach because across the country less women are lacing up the boots.

Those are troubling numbers, but this department is starting to see progress.

“We found that 12 percent of our applicants that came to take our written exam were female applicants,” said Chief Cox.

Those results are encouraging to the department and others looking to step into the career.

“If I can do it, if somebody really has the passion for this job, then they can do it too,” said Tibbs.