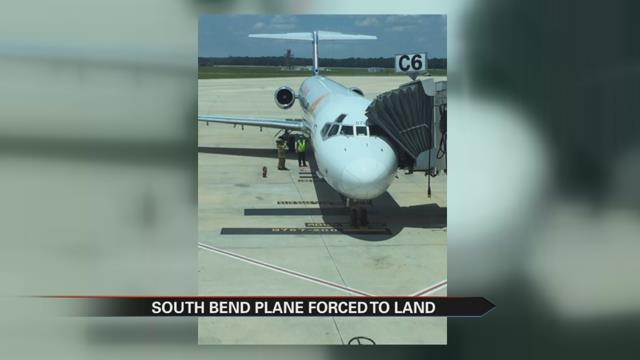 An Allegiant Airlines flight from South Bend to Orlando had to make an emergency landing in Jacksonville, Florida Wednesday afternoon.

The flight took off from Indiana around 11:32 a.m.

The plane was diverted to Jacksonville because there was smoke in the flight deck.

A Michiana officer who was on board explained the moments leading up to the emergency landing.

"We didn't know what was going on they just said we had a mechanical issue and had to land in Jacksonville,” said Indiana Conservation Officer Jonathon Boyd.

Passengers were faced with tense moments just before the touchdown. Boyd was set to go on vacation when the landing was initiated.

He was in the front of the aircraft and says other Allegiant Airline passengers on board didn't have a clue as to what was happening in the air but said some passengers smelled smoke in the rear.

"We were met by all the fire trucks on the ground and we knew something was serious was going on but they took care of it very professionally,” said Boyd

Once on the ground, Boyd posted pictures to Facebook with a caption saying ‘that was a first!’

"I travel a lot but this is the first time I've had to make an emergency landing,” said Boyd.

Everyone on board was able to exit the air craft safely and some stayed behind in the Jacksonville airport to catch a flight to Orlando.