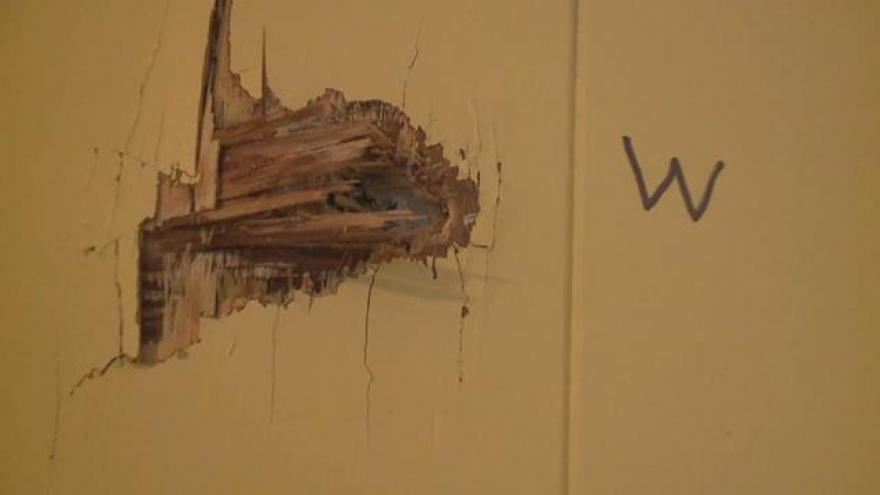 Only on ABC  57 News, a barrage of bullets hit a South Bend home over the weekend.

As police search for the suspect or suspects, they do think they know why it happened.

It was mistaken identity.

The couple living in that home believes a van parked in front of the house on North St. Louis Blvd.

The driver’s window is completely blown out.

The working theory right now is that the home was targeted because someone mistook this van for someone else’s.

“Police contacted us a few days ago said mistaken identity had to do with friends van resembling someone else’s that lived on the street,” said Kevin Joiner, a South Bend resident whose home was shot at dozens of times.

Early Sunday morning, just after 5, Abby King and Joiner, were shaken to their core after someone fired dozens of shots at their home.

According to South Bend Police, this was a case of one individual being upset with someone else.

And apparently they thought they were taking out revenge when they saw that parked van.

It turns out the shooter, or shooters, had the wrong house, and the couple paid the price.

In total, 43 bullet holes were found inside the home but somehow the couple was untouched.

“I definitely was afraid but Kevin kind of he took charge felt didn’t have time to panic told me to get down on ground all I had to do was follow him,” said King.

Abby and Kevin were set to get married Saturday, that’s tomorrow and the wedding is still on.

As for where the newlyweds will live they say it definitely won’t be that house anymore.