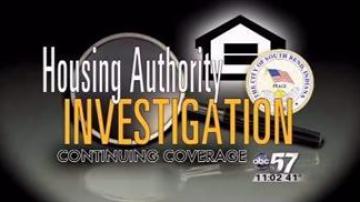 SOUTH BEND, Ind. -- Accusations of corruption, misuse of power and sexual harassment may have finally come to a head at the South Bend Housing Authority.

Employees from the housing authority say Executive Director Marva Leonard-Dent is stepping down.

Since December, ABC 57 News has been knocking on doors, asking city leaders for answers and questioning people who say there is corruption within the agency.

Two different employees talked to ABC 57 News back in December, for the first time publicly, about allegations that Leonard-Dent had sexually harassed them while at work.

Since the first victims stepped forward, several other victims have come forward to speak out against the agency.

Many of the victims were outraged that the housing authority's board of directors never put Leonard-Dent on leave during the investigation into the allegations.

Those victims then asked for her resignation, but the board never acted.

ABC 57 News also learned that Leonard-Dent told employees that this week would be her last week at the housing authority.

When asked about the informal announcement, some employees only gave a simple 'no comment', while others said she is, in fact, resigning.

Since it is an appointed position by the mayor, we contacted the mayor's office. The mayor's spokesperson would not comment, saying only that no formal resignation has been handed over to the mayor.

A similar remark was echoed by board members, who say they have not seen a formal letter of resignation.

Although no one would confirm Leonard-Dent's resignation, an executive session has been scheduled for Friday at 5:30 p.m. at the housing authority's offices.

In a written agenda for the executive session, it says that board members will meet Friday to discuss the employment status of one of its employees.