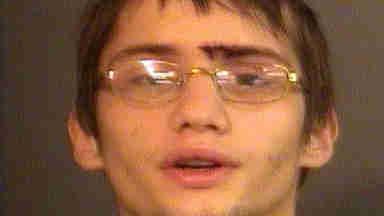 A South Bend man was arrested early Saturday morning after a brief police chase left his vehicle stuck on a set of railroad tracks in Mishawaka.

According to Indiana State Police, a trooper was patrolling in Mishawaka shortly before 2:00 a.m. Saturday when he witnessed a vehicle erratically driving and speeding past him, turning north onto Church Street from Lincoln Way West.

The vehicle continued to flee for less than two miles before driving through a yard in the area of Broadway Street and Marion Street.

In an attempt to escape, the driver drove the vehicle west on top of the train tracks, at which time the vehicle got stuck.

After taking the man into custody, police identified the driver as 22-year-old Patrick James Stouffer.

Police say Stouffer admitted to drinking at a bar and said he had became nervous when he saw police.

After conducting a records check on Stouffer, police discovered he was operating a vehicle with a suspended learners permit.

Stouffer was arrested and preliminary charges of resisting law enforcement with a vehicle, operating while intoxicated, endangerment, and criminal recklessness.