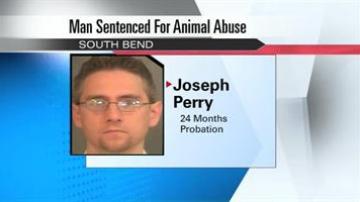 He was given a suspended sentence of 24 months on probation.

Perry also has to spend one day a week working in an animal shelter for nearly two years.

Perry was originally arrested when a police officer found 3 dogs dead on his property.
Share this article: