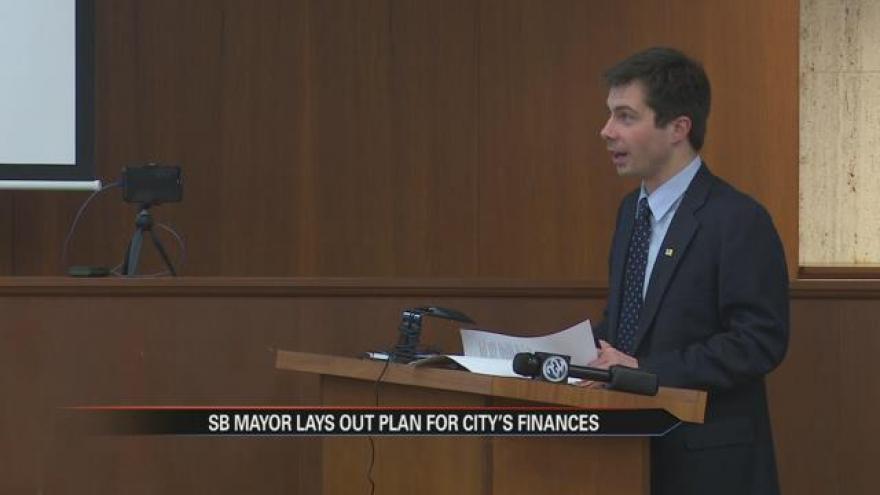 South Bend Mayor Pete Buttigieg says the city will have to make some changes in order to keep finances afloat ahead of a looming fiscal cliff.

During his annual finance address to the common council Monday, the mayor said he will work to take much of the burden off citizens.

“I really think without a huge amount of pain, but making some tough decisions up front, we’re going to be able to address those needs,” said Mayor Pete Buttigieg.

A major need he addressed during his presentation was the crumbling infrastructure impacting South Bend water.

“If we don’t make it soon, we’ll be penny-wise and pound foolish because we’ll be paying for major repairs,” he said.

The council has postponed voting on a rate hike for the utility for months, and the mayor wants them to act sooner than later.

“The city needs about $88 million in new investment, in order to really do what we got to do when it comes to providing clean safe drinking water,” he said.

Hundreds of millions of dollars in new sewer and wastewater investment is also required by an EPA mandate.

“We can meet the same clean water goals, with those requirements, with modern technology for much lower costs, we’re meeting with engineers, we’re also working with a legal team to begin that process of renegotiation with the EPA,” said the mayor.

In 2020, another piece of the Circuit Breaker legislation kicks in, kicking out over several million in revenue that would go to South Bend’s general fund.

In order to cope, the mayor says the city might have to consider cutting some programs.

“That has to be a community conversation because those kinds of conversations have to have a lot of input,” he said.

The mayor also touted quite a bit of success for the city in 2016.