South Bend mayor to be deployed to Afghanistan 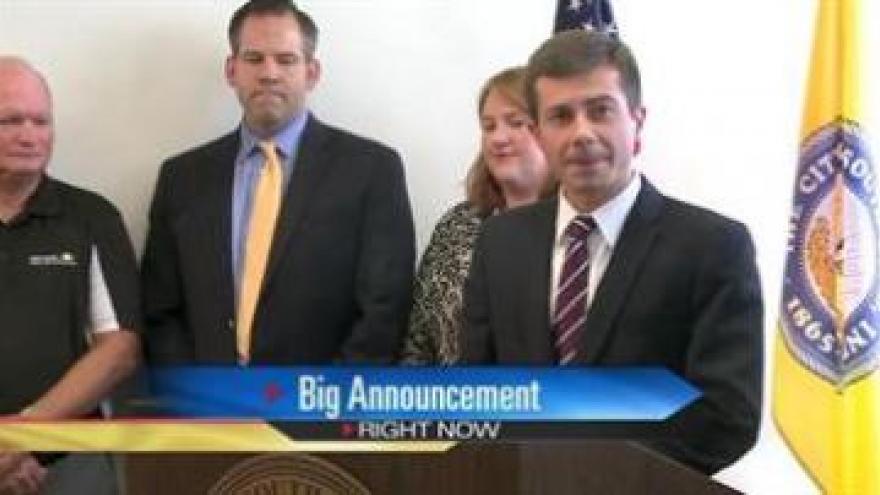 SOUTH BEND, Ind. -- In a press conference Thursday afternoon, Mayor Pete Buttigieg announced he has been called to active duty and will be deployed to Afghanistan next year.

The mayor was commissioned as an officer in the US Navy Reserve in 2009 and holds the rank of Lieutenant Junior Grade.

He will be on active duty from February 28, 2014 to September 30, 2014. He will spend one month training and then will be sent to Afghanistan.

The mayor says he was selected by his superiors for this deployment and that he must balance his commitment to the city and his country.

He added even though he will be in the Navy, he won't be on the water for his deployment.

"That's true. I will not be on a ship because Afghanistan is landlocked, but one of the things about the current pattern of deployments and the war on terror is you often have members of the Army, the Navy, the Marines, and the Air Force working side by side and I expect that will be the case here too."

Under Indiana Law, a mayor who is called to active duty is not considered to have vacated his or her office and can name a deputy mayor to take over in his or her absence.

Buttigieg has named City Controller mark Neal as the Deputy Mayor for the duration of his deployment.

Neal has been the city controller since January 1, 2012. He oversees the fiscal management of the city, human resources, information technology, purchasing, insurance, labor negotiations, the budgeting process and performance management measures.

He will leave the position of controller at the end of 2013.

The mayor says he will stay in frequent contact with the city and provide his advice to the administration during his deployment.

"I expect that I will have pretty good communications access and so I will take advantage of that to remain in touch with my team as much as possible. I certainly will be using email, I will be checking on al of your respective news websites, and where possible I will be using video conference capabilities as well to remain in touch even more closely with home," said Buttigieg.

There is no greater service than that of our men and women in uniform. I thank Mayor Pete for his service thus far as an officer in the U.S. Navy Reserve, and I wish him well as he uses his training to serve in Afghanistan next year. In Indiana, we have a proud tradition of heeding the call to protect and defend our country, and I thank all Hoosiers who are currently or have previously been a member of our Armed Forces.

Dean and I extend our deepest appreciation to Mayor Pete Buttigieg for answering our nation’s call to serve, and express our best wishes to him and his family during this deployment.  We join the City of South Bend to thank the mayor for both his public and military service in our communities and abroad, and look forward to his safe return to Northern Indiana.