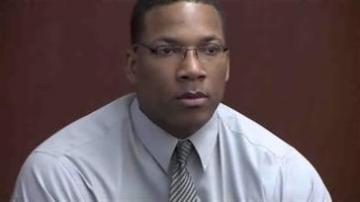 That decision was made Wednesday morning by the city's Board of Public Safety.

Theo Robert has been on leave since he was accused of intervening in the investigation of a prank at a 7-11 store while he was off duty and later lying about it.

The board decided that the only thing Robert was guilty of was bad behavior.

He has been demoted and will sit out the next four months without pay.