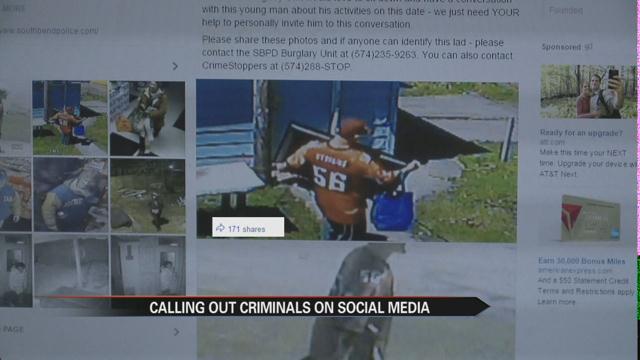 An adult male suspect of a recent burglary on the 400 block of Bendix Street got away. Police decided to share his picture online, and asked for the public's help spreading the word. The suspect's photos were shared over 169 times by Thursday.

“Somebody who sees that page may be able to identify that person or may have seen that person earlier in the day wearing those same clothes,” said Detective Kelly Wait.

Resident's near the Bendix street burglary were glad police put a face to this crime.

“I think it's good so we can know who is who in our neighborhood to warn one another,” said resident Carmela Peate.

Police say continued support could take him off the streets.

“We already have probable cause to believe that person is the suspect, really good evidence and now that we've solicited the community's help,” said Detective Wait.

The department says most burglars are repeat offenders, so they also hope seeing their faces on Facebook will scare them straight.

“It's kind of an unintended side effect," said Detective Wait. "If somebody sees their picture on there, they're like ‘holy crap, they do have me' or that may shame them into not committing that burglary.”

The department also says since joining Facebook, they've been able to connect more with the community.

Together, they brought many criminals to justice, and they're positive they can catch the burglar on this neighborhood as well.