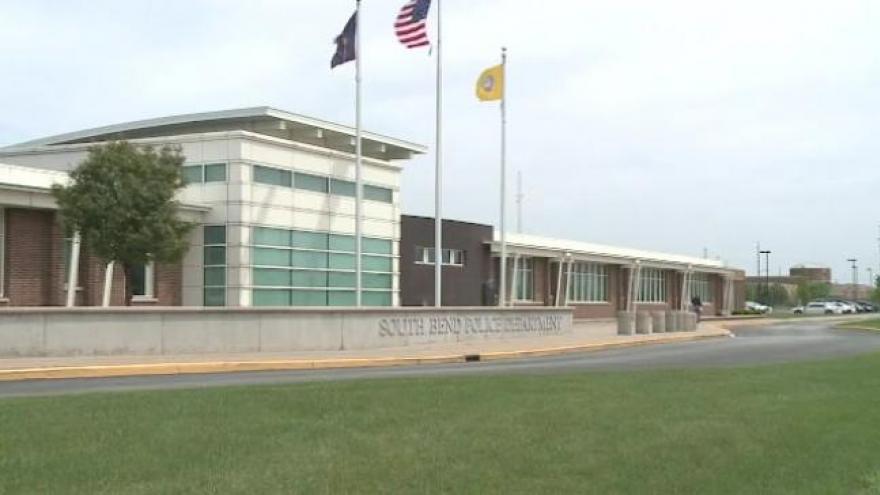 A South Bend Police Officer could be suspended for up to 49 days without pay for alleged violations of the duty manual. The Board of Public Safety heard the allegations against her and Chief Scott Ruszkowski's recommendations for discipline at their meeting Wednesday.

The officer, Joy Phillips, has requested a hearing.

On July 8, 2015, Phillips is alleged to have violated the duty manual's rules of conduct by contacting a barricaded subject even though she was not called to the scene or given command of the scene, according to police department documents.

The documents submitted to the board also state she told the Internal Affairs investigators that the radio room contacted her to respond to the incident, but the chief said that was not true and was a violation of the duty manual's code of ethics, oath of office and rules of conduct.

For this alleged violation, Chief Ruszkowski recommended a letter of reprimand be placed in her file and and she be given a 45-day suspension and be removed from the Hostage Negotiation Team.

The second incident involved Phillips' response to a ShotSpotter alert.

The chief says Phillips responded to the 500 block of N. Studebaker Street after a ShotSpotter alert on September 16.

She arrived on scene five minutes after the alert, then two minutes later called off other officers responding to the scene, according to police documents.

Police procedure indicates responding officers contact nearby residents and inspect property in the area looking for damage or anyone who may have been injured.

For this alleged violation, the chief recommended a letter of reprimand was placed in her file.

The department says a supervisor met with Phillips on October 28, 2015 about the Lethality Assessment Protocol procedure. According to the documents, Phillips asked if she should speak to the primary officer on the case and the supervisor said no.

Phillips allegedly spoke to the officer anyway, violating the rules of conduct, according to documents provided by the department.

The chief's recommendations were missing from the documents received from the department.

Phillips allegedly reported she had collected syringes related to an overdose case before going off duty, but the department's letter states she collected them the following day.

In addition, it is alleged she is supposed to use a body mic during all contact with the public but did not.

The chief recommended a letter of reprimand was placed in her file and she be suspended for one day without pay.

The department alleges she submitted a report about a felony domestic battery arrest, but the report was not approved. Phillips was told to correct the report and resubmit.

The department alleges she did not make all of the requested changes before resubmitting the report.

When they attempted to contact Phillips, she allegedly did not answer.

For this incident, the chief recommended a letter of reprimand be placed in her file and she be suspended for three days without pay.

Phillips has requested a hearing regarding the allegations.