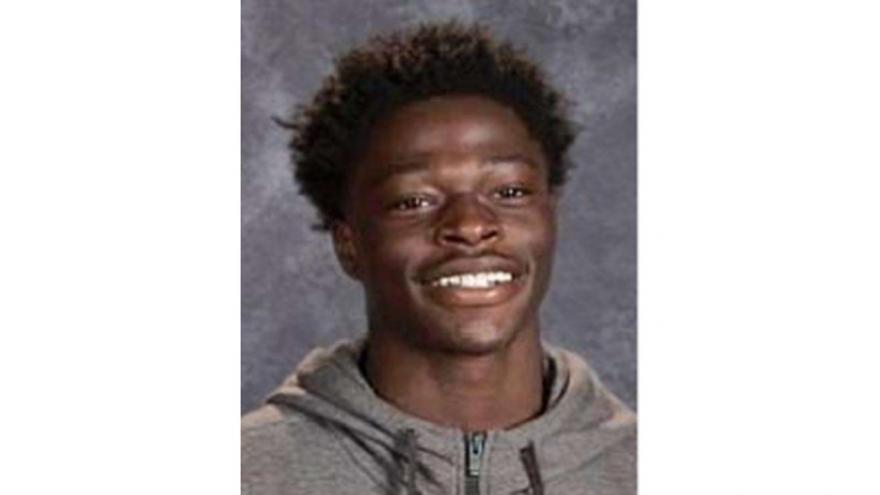 ST. JOSEPH COUNTY, Ind. – The South Bend Police Department is asking for the public’s help in locating 17-year-old Milique Hobbs, who is facing multiple charges in connection with a June 11 shooting in the city.

On June 11, police were called to the 4000 block of South Ironwood Drive for reports of a shooting.

When officers arrived, they found one person with a gunshot wound in the left wrist.

The victim said he had come to pick up his girlfriend from work and was in his vehicle in the parking lot when Hobbs arrived and blocked his vehicle in, according to court documents.

The victim said Hobbs was driving a gold early 2000s model Chrysler mini van with tinted windows and rust on the bottom of it.

The victim also stated that Hobbs was the ex-boyfriend of his current girlfriend and that he recognized Hobbs from photos on his girlfriend’s phone.

The two said “what’s up” to each other and Hobbs then grabbed his waistband as if he had a gun there, according to the probable cause affidavit.

The victim said he told Hobbs he was going to take his girlfriend home and got back in his vehicle.

Hobbs also got back into his vehicle and backed it up.

As the victim began to drive his car forward, he heard numerous gunshots allegedly coming from the direction of where Hobbs was, court documents said. He said he also saw bullets go through his vehicle and was hit in the wrist by a gunshot.

The girlfriend confirmed the events that occurred between the victim and Hobbs and identified the individual driving the van as Hobbs.

The woman also said that before the shooting, Hobbs went to her residence and her parents told Hobbs she was at work and had a new boyfriend.

The woman said Hobbs appeared to be upset when the victim told him he was taking her home.

Investigators found the residence of Hobbs and the gold mini van he was seen driving. The mini van had tinted rear windows and rust along the bottom of it.

Hobbs is being charged as an adult and is facing the following charges, according to the probable cause affidavit:

You can also submit an anonymous tip here.