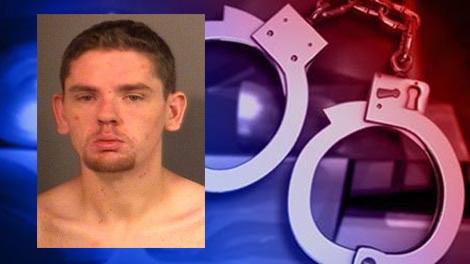 A South Bend Police Department officer was hospitalized Tuesday morning after being punched in the face by a suspect.

Officers were called to the 200 block of N Martin Luther King Jr. Drive after witnesses reported a man walking down the street and hitting car windows.

Officers located 28-year-old David A. Davis and tried to detain him.

Davis, who is 6'4" and 235 pounds, was being handcuffed by Officer Katrina Roach when he turned and punched her in the face with his free hand.

Other officers assisted in getting Davis under control, although he tried to kick officers and the windows of the patrol car after he was cuffed.

Davis was arrested and charged with two counts of aggravated battery and resisting law enforcement.

Roach was taken to the ER for a broken nose, but it will be several days before doctors can fully examine her face for any other fractures.