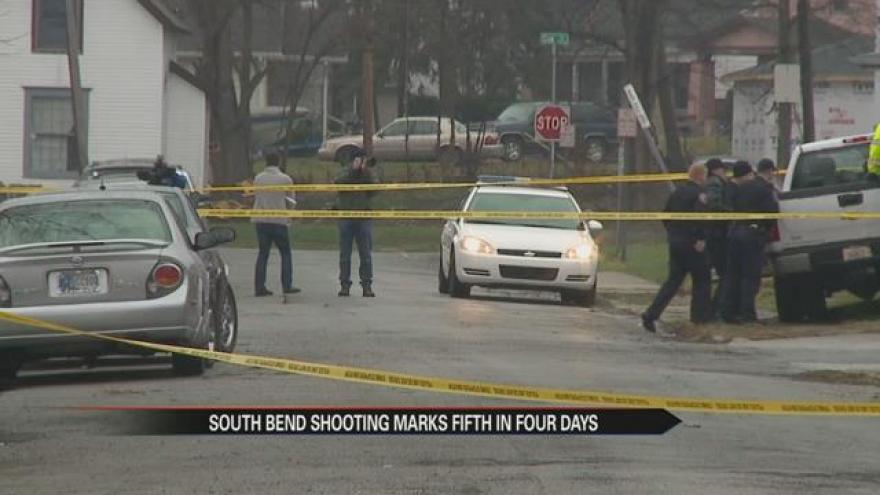 The South Bend Police Department released new details about four shootings and stabbing that happened between December 23 and December 27.

When they arrived they found 17-year-old JuWaun Vaughn with several gunshot wounds.

Vaughn is hospitalized and is stable.

Police say the only suspect description is a tall male with a dark colored ski mask.

December 24 shooting
On December 24 at 3:05 a.m., officers were dispatched to 2400 Arrowhead Drive to investigate reports of a shooting. When officers arrived they located 30-year-old Leondre Woodson at a residence on N. Bow Court with gunshot wounds.

Woodson was taken to the hospital and released a few days later.

Police are searching for a dark colored Jeep Cherokee.

December 25 shooting
On December 25 at 5:04 a.m., officers were dispatched to 1000 W. Bryan Street to investigate a possible shooting.

When officers arrived, they located 41-year-old Daniel Handin lying in the street with a gunshot wound.

He was taken to the hospital where he is currently stable.

Police are trying to locate a person of interest.

On December 26 at 2:22 p.m., officers were dispatched to 400 N. Allen Street to investigate a possible shooting.

Officers located 40-year-old Robert Szabo in a vehicle with a gunshot wound to the chest.

Szabo was taken to the hospital and is stable.

Scottie Hall, 32, is considered a person of interest. He is in custody on an outstanding warrant from Elkhart County.

On December 27 at 4:09 p.m., officers were dispatched to the 300 block of S. McPherson Street to investigate a stabbing.

While officers were on their way to the scene they learned the victim, 25-year-old Alexander Cervantes was at Memorial Hospital.

Cervantes was treated at Memorial Hospital for a serious leg injury. He is stable.

Abel Miramontes, 24, was arrested and preliminarily charged with aggravated battery. He was officially charged on December 29 with battery by means of a deadly weapon.

If you have any information in any of these cases, contact the South Bend Police Department or Crime Stoppers at 800-342-STOP.