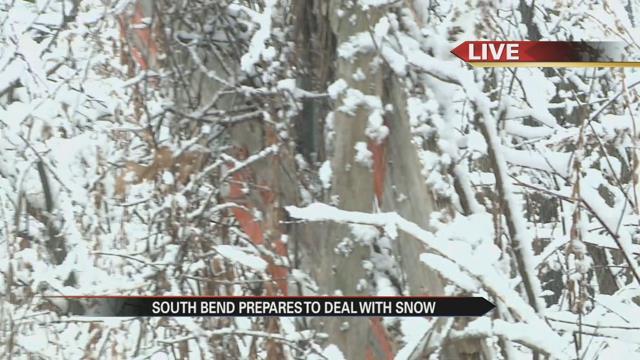 Before the first snowflake fell in Michiana, the city of South Bend worked to make sure they were ready.

During the time of snowfall, the city has plans to plow main streets first, followed by small and residential streets afterward.

The Street Department has a goal to make at least one pass on every residential street within 36 hours after the snowfall has ended.

The city also has a new procedure for snow removal that was approved by the Common Council in January; however, the ordinance is only in effect when the Mayor or Director of Public Works declares a Residential Snow Removal Condition.

When that happens, residents will be made aware by the city's website, social media to park on the even side of a street (south or east) on even-numbered days.

On odd-numbered days, residents are to park on the odd side of the road (north or west).

Residents who violate the ordinance may be subject to a $25 fine.