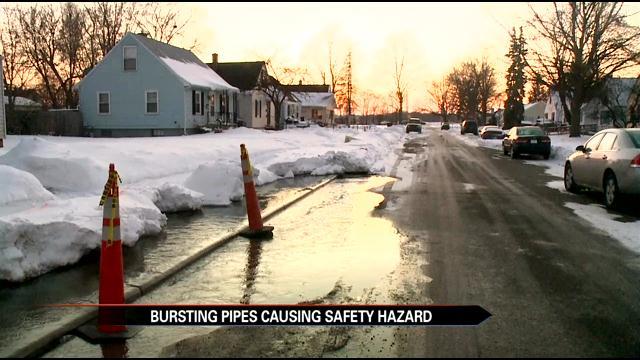 Mother Nature's cold is a major problem for one neighborhood on South Bend's west side.  A water main broke within the past couple of days, and the street has been flooded ever since.

What is already a narrow street, is now halfway filled with running water.

One neighbor, Dwayne Benac, says he's worried about the water freezing over, with overnight temperatures expected to dip below zero in the next couple of days.

Benac says he's called the city about the problem several times, and the city has sent crews to check it out, but so far nothing has been fixed.

ABC57 reached out to the city, but since offices were closed we were unable to get an update.