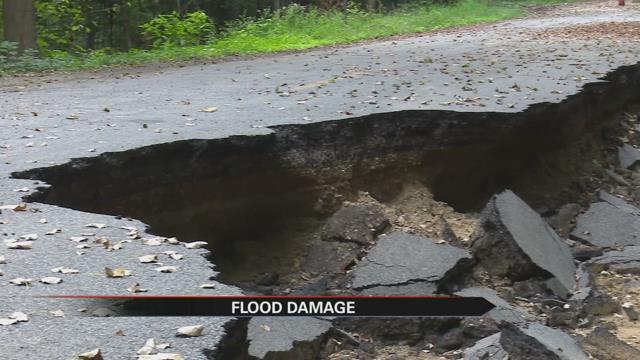 The City of South Bend announces the price tag for the damage to the city’s streets after record rainfall drenched South Bend in August.

The Department of Public Works is estimating repairs will cost $500,000 and it is a race against the clock to get the funds approved and the construction started.

Corbitt Kerr, South Bend’s Engineer says there are five areas that need to be fixed all on the South side of South Bend.

The Common Council will vote on passing the money Monday.

With asphalt plants closing in mid-November, Kerr says they need to get started on the projects soon.

“It will force us to do some temporary measures and ultimately that will cost more for us because we have to put something in tear it out and then replace it later,” says Kerr.

“If anything I was impressed by really how well the rest of the system held in terms of its stability,” says Kerr.