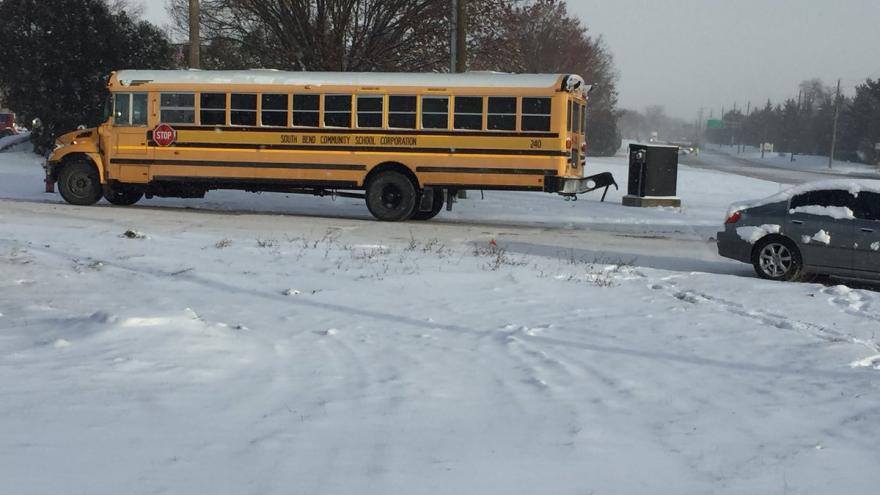 SOUTH BEND, Ind. - A South Bend school bus has been involved in a crash.

It happened Friday morning at the intersection of Bendix and Boland drives on the city's northwest side.

Police say five people were in the SUV. Two of the five were taken to Memorial Hospital with minor injuries.

One occupant says the SUV tried to stop but hit ice and rear-ended the bus.

Police say there were no children on the bus.