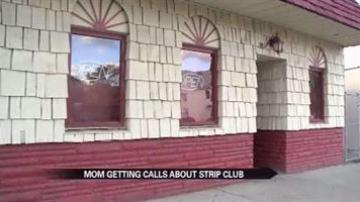 "I've been getting calls for two weeks asking if this was their number, if I'm the Torch, which I am definitely not the torch," the woman, who didn't want to be identified told ABC 57 News on Thursday.

The woman has a 9-month-old son and a 6-year-old daughter. With her hands full the last thing she wants is to be answering the questions like, drink specials, hours and dancer information to people calling her cell phone.

"I asked them where they got the number and they just hang up."

When you Google "Torch Lounge," two phone numbers come up with reviews. One of the numbers goes directly inside the Lounge the other goes to the mother in Mishawaka.

"So your club was not aware that this was happening?" I asked Lily, one of the promoters of the Torch Lounge, "No we were not." "I am going on the Internet and find out what sites have her number on them and contact them and tell them it's the wrong phone number," Lily said.

The mother said she has had the same cell phone number for four years and has never had this problem before. The calls started two weeks ago and so far dozens of mistaken calls have come in.

"What happens if my 6-year-old picks up the phone and says, 'What is the Torch?' If someone tries to explain that to her, it's going to be a problem."

Workers at Torch Lounge say they will work quickly to try to resolve the mix-up.