South Korea's Moon: I'll meet Kim 'at any time, at any place' 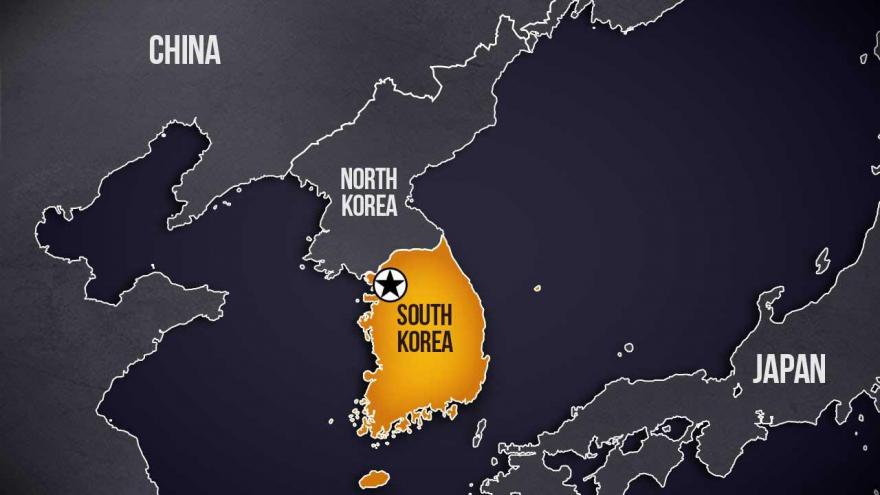 (CNN) -- South Korea's president has doubled down on diplomacy at a time when tensions all around him are rising.

Speaking in Berlin ahead of G20 talks in Hamburg, Moon said the reunification of East and West Germany gave him hope that peace could be achieved on the Korean Peninsula.

"To Korea, which is the last divided nation on this planet, the experience of Germany's unification gives hope for unification, and at the same time shows us the path that we need to follow," he said.

"Because we have reached the tipping point of the vicious circle of military escalation, and thus, the need for dialogue is more pressing than ever before," he said.

Rock and a hard place

Moon is a man stuck in the middle. On one hand, he is trying to maintain the possibility of talks, while on the other, he faces pressure from the South's most powerful ally, the United States, to deliver a more robust response.

While China and Russia have called for concessions on both sides, the US has so far made no public move to open talks, instead opting to engage in a renewed show of force with Seoul through joint military exercises.

US President Donald Trump's administration is increasingly hawkish on the issue of North Korea.

In a news conference Thursday with Polish President Andrzej Duda, Trump said he has "some pretty severe things" available to him when asked about military action against North Korea.

"As far as North Korea is concerned, I don't know, we will see what happens," said Trump. "I have some pretty severe things that we are thinking about. That doesn't mean we are going to do it. I don't draw red lines."

Most analysts agree that a military strike on North Korea could put Seoul in grave danger from a retaliatory strike from Kim on the South Korean capital.

Russian President Vladimir Putin had earlier hosted Xi in Moscow, where the countries issued a joint statement, articulating a common peace plan for the peninsula, and together condemning US militarization in the region.

"It is very important to push forward our joint initiative on settling the Korean problem with a view of immediately freezing the ballistic missile strikes and also dealing with the US deployment of weapons in South Korea," Putin said.

North Koreans gathered in the capital Pyongyang Thursday for a mass rally and fireworks to celebrate Tuesday's successful test-launch of the missile, which the regime says could be used to deliver a nuclear warhead to the US.

The fireworks in Pyongyang came as Moon dined with Trump and Japanese Prime Minister Shinzo Abe at the US consulate in Hamburg Thursday. Trump tweeted about the meeting, but did not give details of the discussion.

The tweet, since deleted, mischaracterizes the Japanese leader's title.

Still searching for a solution to the North Korea question, Moon has been participating in meetings with key players in the crisis ahead of Friday's G20 summit in Hamburg.

Meeting with Chinese leader Xi Jinping on Thursday, Moon asked Beijing to "take a leading role as a member nation of the UNSC (the United Nations Security Council)."

Xi said that China is "doing its best to prevent North Korea from advancing nuclear and missile program."

Following their dinner Thursday in Hamburg, Trump answered one shouted question from journalists on whether he had "given up" on Xi as a partner in the effort to rid the Korean peninsula of nuclear weapons.

"Never give up," he replied.

Faced with a geopolitical conundrum on North Korea, it is a sentiment that Moon would do well to remember.