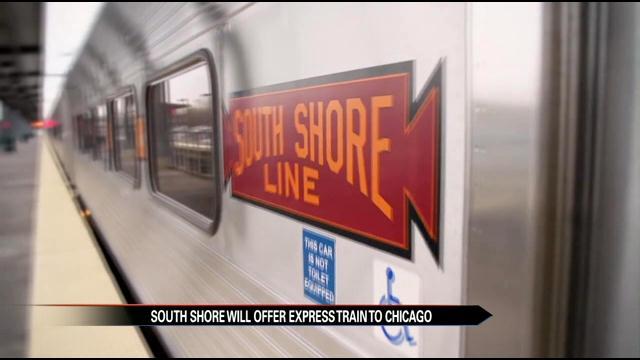 Traveling to Chicago from South Bend could get a bit faster. The South Shore line is planning an express train to the Windy City.

It is great news for commuters and Chicago frequenters. Next month a South Shore trip to Chicago will be about 40 minutes shorter.

The new train would depart from South Bend at 6 am Monday through Friday.

It would arrive 1 hour and 55 minutes later at Millennium Station in Chicago. Currently that trip is 2 hours and 36 minutes.

That means the new train would take about the same time to get to Chicago from South Bend as driving I-90 would.

And even though the return trip could still be nearly 3 hours, folks in the South bend are pretty excited.

"It's great. An hour and a half to Chicago," said traveler Joseph McAfee. "Think about it. 2 and a half hours back. I love it. I think it's great."

According to a South Shore board survey, their Chicago trips are made up of about 8 percent of South Bend residents.

The new route is expected to begin March 16.