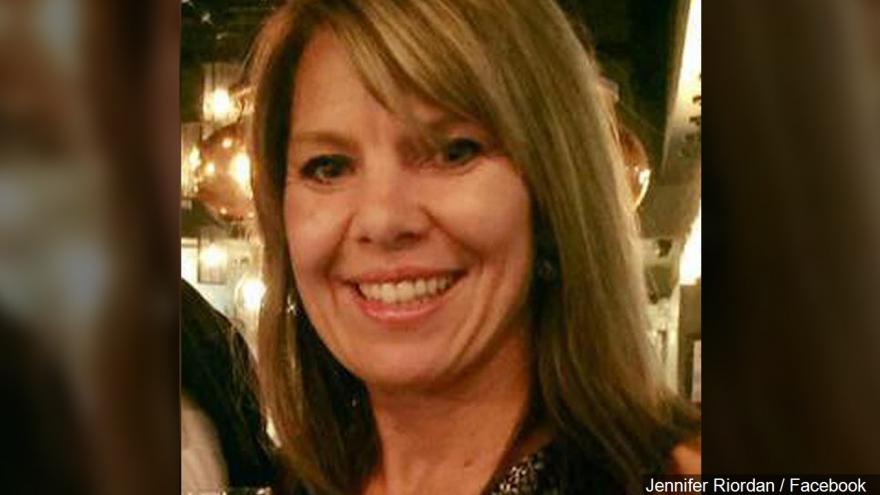 (CNN) -- Jennifer Riordan, a well-known leader and altruist from New Mexico, died Tuesday when a Southwest Airlines jet engine failed midair and its debris blew up a window.

Riordan, 43, was making her way back home to Albuquerque, New Mexico, when a terrifying episode ensued about 20 minutes after her plane left New York's LaGuardia Airport.

Passengers had to pull her back into the plane when she was sucked out of the shattered window. She died at a Philadelphia hospital after the plane made an emergency landing, authorities said.

Hers was the first death from an in-flight incident in company history, the airline said.

Riordan had dedicated her life to philanthropy, helping others in Albuquerque and the Southwest region, colleagues said.

In her role as vice president of community relations at Wells Fargo in Albuquerque, Riordan managed the volunteer service of more than 1,000 employees since 2008, according to her LinkedIn profile.

In a statement, Wells Fargo called her "a well-known leader who was loved and respected."

"This is a tremendous and tragic loss for Jennifer's family and many others throughout our city," Albuquerque Mayor Tim Keller said in a statement.

"Her leadership and philanthropic efforts made this a better place every day and she will be terribly missed. We are holding Jennifer and her family in our thoughts."

Riordan is survived by two children and her husband, Michael Riordan, who was once the chief operating officer for the city of Albuquerque, CNN affiliate KOAT reported.

Riordan volunteered at her children's school, the Annunciation Catholic School in Albuquerque. The school said it was "devastated to lose an integral member of our school community."

"She was seen on campus almost daily supporting her beautiful children. She provided encouragement to everyone with whom she came in contact," the school said. "Her positive motivating spirit will be missed. As a community, we will keep Jennifer and her family in prayer."

Riordan was also a parishioner at Our Lady of the Annunciation Catholic Church in Albuquerque, the Archdiocese of Santa Fe said.

"We pray for the repose of her soul and for her dear loved ones," church leaders said.

In addition to church and school activities, Riordan had also served on several boards, including the University of New Mexico Alumni Association and the New Mexico Broadcasters Association.

One of her past employers, the University of New Mexico Health Sciences Center, described her as an "amazing community leader, team member, wife and mother."

"Her passion for our community, our students and our future was unwavering," the health center said in a statement.

She graduated from the University of New Mexico in 1999 with a bachelor's degree in organizational communications and had an associate's degree from Champlain College in Vermont, according to Mission: Graduate, an initiative of the United Way of Central New Mexico.