Sparkly snow Friday will turn to a wet snow Sunday

Sparkly snow fell Thursday night across the area, making for quite a unique sight.

Light snow is falling but you can still see the moon. ❄️ ?

This is less caused by a “system” and more the atmosphere shedding excess moisture, instead of drizzle it’s a heavy flurry. #inwx pic.twitter.com/gf1cOwQqZH

So, what caused the glittery look and interesting texture to the snow?

All snow starts out as water droplets, which then attach to ice nuclei. The temperature and humidity of the air is key to the growth and eventual look of the snow. 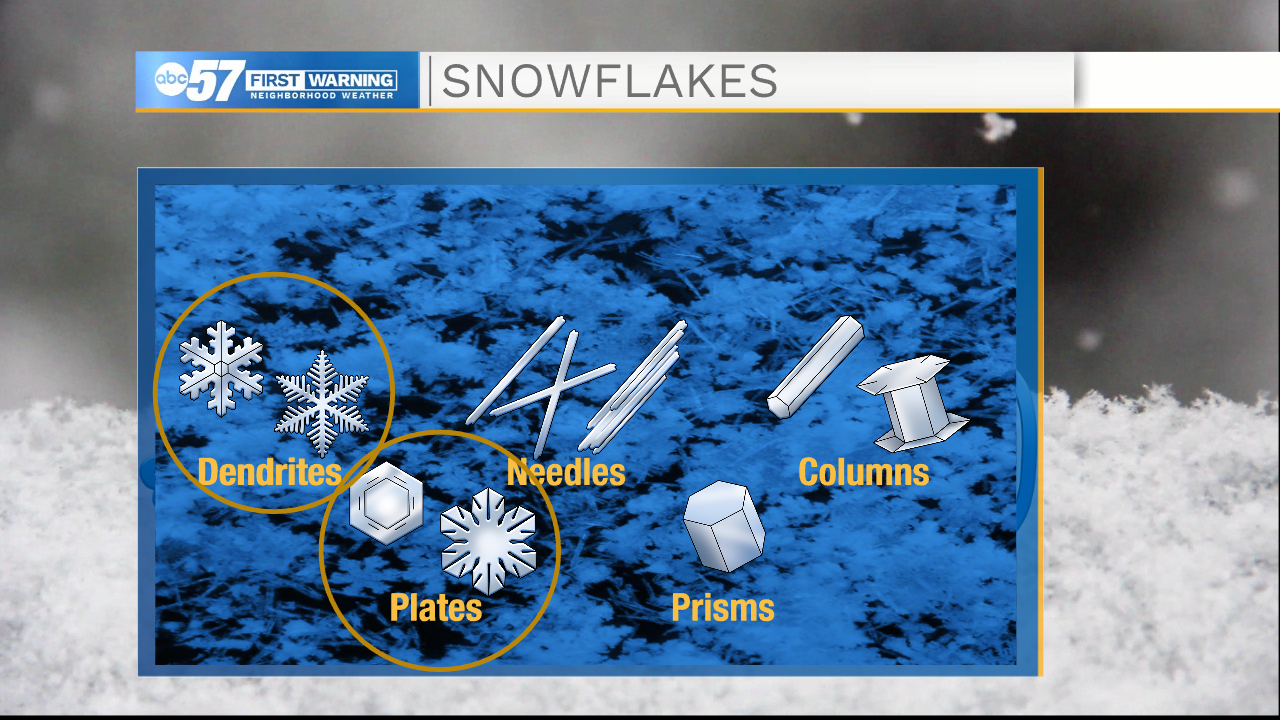 If you looked closely, you could actually see individual plates and dendrites in Thursday's snow because of how dry the air was. Temperatures in the 20s and teens ensured that most of the flakes that fell were plates.

Another way to measure the humidity Thursday across Michiana is to study the snowfall ratio. South Bend picked up 0.7" of snow Thursday. While not an overly impressive total, the relative "might" of the atmosphere takes on a whole new light when you realize that we only recorded 0.03" of liquid equivalent (water)! That comes out to a snowfall ratio of 23:1! 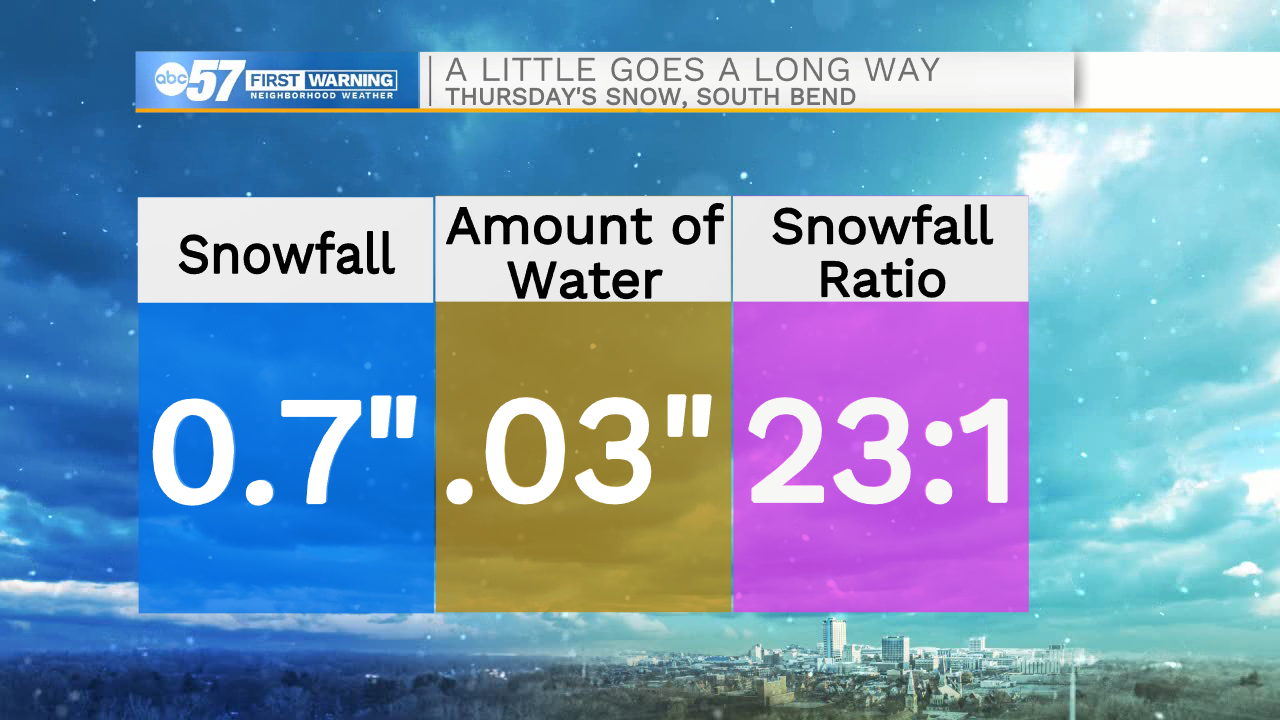 Michiana has become accustomed to higher snowfall ratios over the last few weeks during our streak of subfreezing temperatures. However, as we finally warm up to start next week, our next snow system looks to bring the return of something completely different: heavy, wet snow. 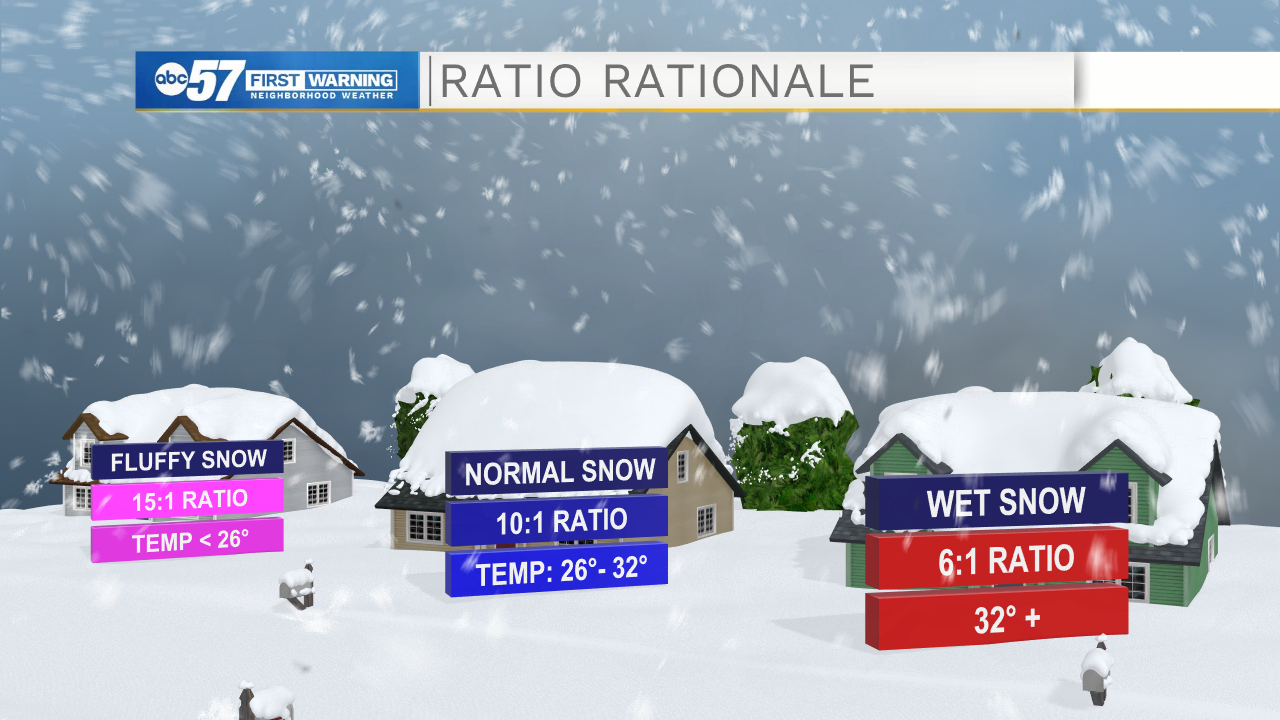 As we talked about in January, wet snow typically cuts down on snowfall totals.

But don't let the forecast snow accumulation fool you: it can also be a challenge to clear/shovel, as the weight is three to four times heavier than fluffy snow.