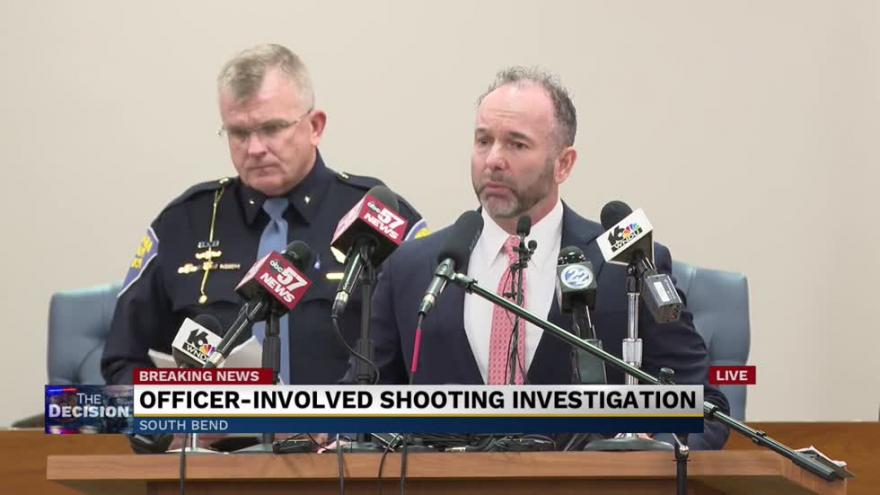 On March 6, Hertel held a press conference to announce the findings of the Logan investigation

Special Prosecutor Richard Hertel will not be releasing any additional information or evidence in the investigation into the fatal shooting of Eric Logan on June 16, 2019, according to letters released by Mayor James Mueller.

The mayor sent Hertel a letter in March 2020 with several questions that were unanswered in the investigation findings report issued.

The questions the mayor asked include:

2) Can you explain how pieces of evidence from the scene could have no fingerprints or DNA ( e.g. touch DNA, partial print, element affected)?

3) Were any fingerprints or DNA recovered from other vehicles that were broken into in the area aside from the white Subaru?

4) Are there any indicators as to why O'Neill contradicted himself over the knife-throwing statement?

5) What was the full context of O'Neill's quote to investigators where he characterized the department's body camera policy?

6) Do you have any additional information suggesting how far apart O'Neill and Logan were when the shots were fired?

7) Can you explain how the bullet entered Logan's abdomen at a 30-degree angle?Are there any diagrams or a detailed analysis of how that angle could have occurred?

8) Will you release measurements, maps, and diagrams developed in the course of the investigation?

9) Will you provide all photos and videos obtained during the course of the investigation?

10) Will you release all official statements from eyewitnesses and officers?

11) Will you release all other information that can be shared with the public?

12) If there is any information or materials you are unable to release, could you please provide more details about what is being withheld exactly and the reason they cannot be released

In his response to the mayor, Hertel said he would not release any additional information in the case because the findings of his investigation were detailed in the report and he answered questions on the day the report was issued.

In addition, the family of Eric Logan has filed a lawsuit in the case - and the officer involved is facing charges in an unrelated matter.

"Given the thorough and complete investigation and analysis contained in the Findings, combined with the pending legal matters in state and federal court, I believe it is prudent upon me to rely specifically on those Findings and the information contained therein," Hertel wrote.