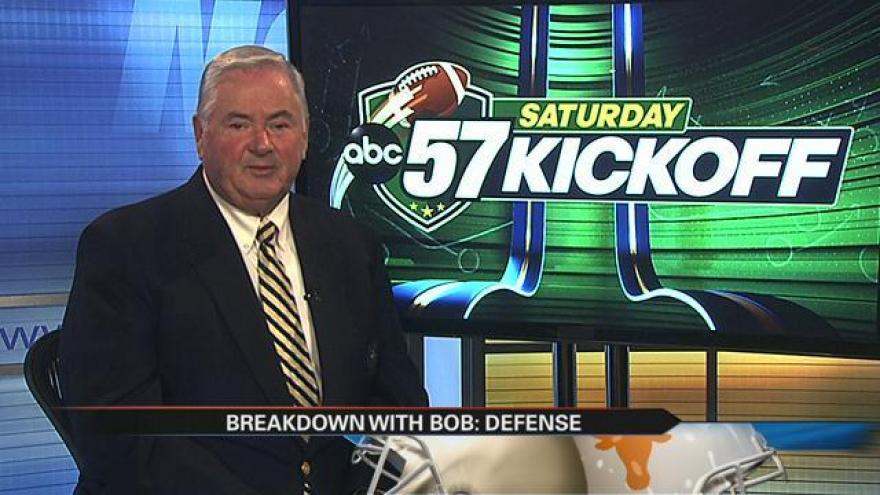 They say defense wins championships and if Notre Dame wants one, they better have a quick secondary and a strong line.

"One of things about Notre Dame's defense and I think this has been an evolution of the college football game, is the day when two big lineman would go nose to nose and wrestle each other for 3-4 seconds and then get on to your business. I think those days are gone. You got to have quickness, you got to have all kinds of schemes; you got to have a lot of ability on third down to do special things. So you got to have size and we have size but you got to have quickness. I think we're abundant in our quickness and I'm looking for a guy like Isaac Rochell and Gary Tillery to have great years for Notre Dame and you know the backups are going to have to spot them a little bit, get them some rest, concerned about the heat down in Texas, but I think we really got that kind of style of an athlete and that's what we've recruited to under Brian Kelly to try and build a program into a more athletic and I think the fact that we have a very young defense is going to add a lot of excitement. You might see a mistake or two but you're going to see some exuberance as well on the field. I think the biggest thing for Brian Van Goorder's defense and I'm a big fan of Brian Van Goorder, I wish he had a game where he had everyone healthy and ready to go. And again he has to make an adjustment early in the season but I like his aggressive style. He wants to get after you. He's got 7-8 on the defensive line. He's got  five or six people who can play linebacker and another half dozen or so in the secondary but getting the right pieces in the right place all the time and then building that continuity that goes into a season and the confidence that comes from being successful has always been a concern because you know week 2 last year, he was without one of his safeties and week 3 he lost a cornerback. It's been that way since he's been at Notre Dame, so I'm eager to see a Brian Van Goorder defense play the whole season in pretty good shape and not go into a bowl game where you're missing three or four parts of your defense. That's been a problem for Notre Dame and it's been a problem for everyone really. It's part of the game, the injuries and things like that. Brian Kelly has great confidence in Brian Van Goorder and he should, they've been together a long time. It's his third year at Notre Dame and 28th overall as a defensive specialist so I think the Irish defense will answer the challenge against Texas,” said Nagle.