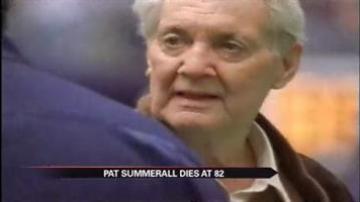 DALLAS — Legendary sportscaster Pat Summerall died Tuesday at a Texas hospital where he was recovering from hip surgery. He was 82.

Summerall was a broadcaster for NFL games on both CBS, FOX and EPSN. He was best known for his commentary alongside John Madden. They worked together for 22 years.