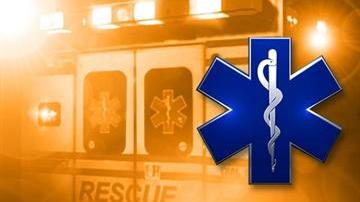 ABC 57 has learned Deputy Chuck Flanagan is in the hospital with a broken femur.  He will be going into surgery later Sunday night and is expected to be okay.

Flanagan was on duty and observed a white Mustang speeding.  Deputy Flanagan attempted to pull the Mustang over, but the driver did not stop.

Witnesses say the Mustang ran a red light, and the deputy followed.

He was unable to stop and crashed into a nearby vehicle.

The force of the impact broke the deputy's leg and also caused the squad car to catch on fire.

He was taken to Memorial Hospital for his injuries.

We are told there were no other serious injuries from the accident.

Officers are still looking for the white Mustang involved in the pursuit.