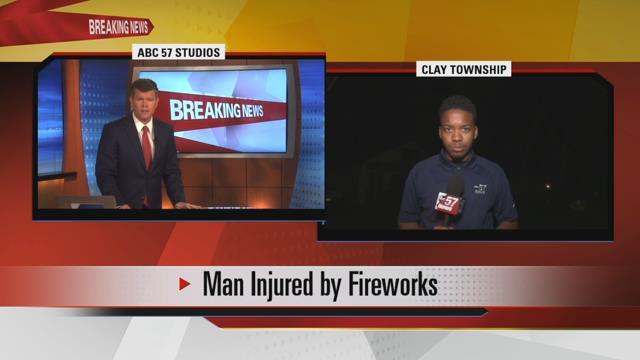 A St. Joseph County man was injured Friday night due to a situation involving fireworks.

Dispatch confirms the man was injured by a firework.

Neighbors of the victim say they heard a loud bang and that's when he ran to their house for help after the accident.

They say it appeared that he lost two or three fingers, but they were unable to tell for sure because of the amount of blood. They say the victim is in his late twenties or early thirties.

The victim says it was a fountain that blew up when the accident happened.

Four police units and an ambulance responded to the scene also looking for the remains of the man's hand in the area of the accident.