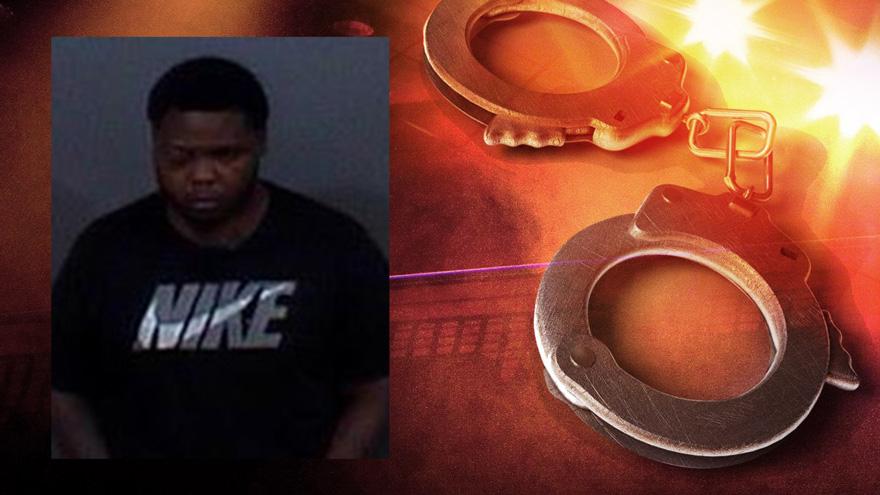 ST. JOSEPH COUNTY, Ind. -- A drug deal between an uncle and his nephew led to the shooting and stabbing on La Salle Street in South Bend on July 11, according to court documents filed Tuesday.

Darius Harper, 23, is accused of shooting his uncle, Goin Robinson, five times after Robinson stabbed Harper in the eye and the neck, according to the probable cause affidavit.

Harper has been charged with attempted murder, aggravated battery and carrying a handgun without a license.

South Bend Police were dispatched the 600 block of W. LaSalle Street for a possible shooting on July 11, 2018.

When they arrived, they found Robinson in the street near the curb with a gunshot wound to the leg.

Officers applied a tourniquet to Robinson's leg to stop the bleeding.

Robinson was taken to the hospital for treatment.

Near where Robinson was lying in the road, police found a bloody pocket knife, multiple shell casings and evidence they say indicated a drug transaction might have taken place, reports said.

An officer who knew where Harper was staying went to his address in Mishawaka. The gold Lincoln was located at the address, covered in blood, reports said.

Officers learned Harper was at the hospital receiving treatment for stab wounds to the eye and neck.

Harper's girlfriend told police he came to the home covered in blood and asked her to get rid of a gun and get items out of his vehicle. She put the gun in the basement and removed a holster and digital scale from the vehicle, according to the probable cause affidavit.

After serving a search warrant on the vehicle, police located multiple spent shell casings, blood and a white powdery substance that did not test positive as a drug, reports said.

During the investigation, an examiner with the South Bend Police lab determined the shell casings seized at the La Salle scene and those from Harper's vehicle were all fired by the handgun retrieved from Harper's home, according to the probable cause affidavit.

A week after the incident, officers spoke with Robinson, who was still in the intensive care unit.

Robinson told police he usually buys drugs from Harper every week. On July 11, he got into Harper's vehicle to do the transaction.

He said he gave Harper $80 and Harper gave him a small baggie with what was supposed to be drugs, according to court records.

Robinson complained about the substance and told Harper he wanted his money back.

Harper pulled a gun on Robinson, so Robinson smacked the gun and stabbed Harper with a pocket knife, according to the probable cause affidavit.

Robinson opened the car door and began to run from the car but was shot twice in the legs by Harper, reports said.

Robinson was lying in the road when Harper got out of the vehicle and shot him three more times, Robinson told police.

Robinson said he played dead until Harper drove away.

Robinson had three surgeries to repair and artery severed in the shooting, according to police.

Harper spoke with police on July 17 about the incident.

He first told police he was giving Robinson a ride when Robinson punched and stabbed him. Harper said he shot Robinson in the car, but didn't remember if he got out of the vehicle or not.

Harper also told police he was going to drive Robinson to steal drugs from someone but Robinson suddenly stabbed him, reports said.

Harper then said he didn’t shoot Harper inside the vehicle, but after Robinson got out of the vehicle, according to reports.

Harper was ordered held without bond until his initial hearing on Wednesday.