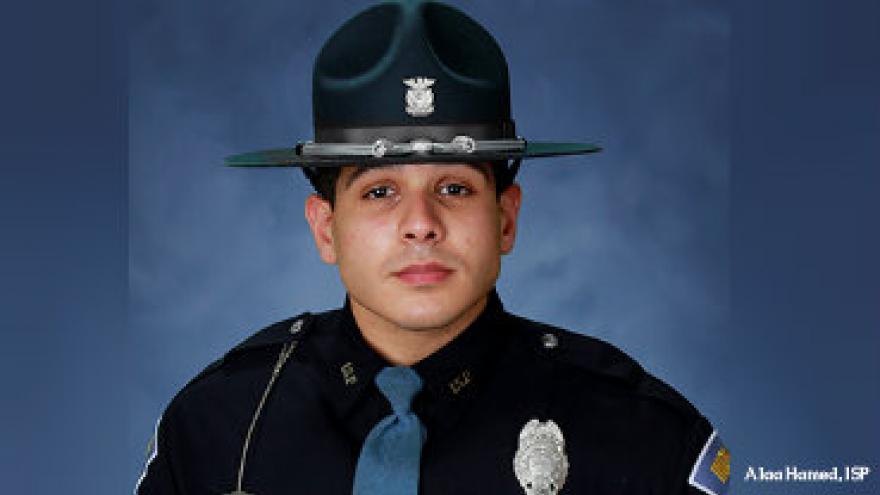 HAMMOND, Mich.—An Indiana State Trooper saved a 40-year-old Otsego woman’s life after she was pinned between her SUV and a toll booth.

According to the Indiana State Police, a woman became trapped between her car door and a toll booth after it lurched forward while she was attempting to pick her debit card off of the ground Saturday evening.

By the time State Trooper Alaa Hamed arrived to the scene the trapped woman was unconscious, unresponsive and had no pulse.

With the help of a bystander and toll attendant, Hamed was able to move the victim’s SUV to free her.

Trooper Hamed was then able to attach the Automated External Defibrillator (AED) onto the victim which alerted him to begin CPR.

The AED is a device that can monitor pulse and uses electric shocks (defibrillation) to re-start a heart if needed.

While on the EMS stretcher, the AED resuscitated the victim’s heart twice, saving her life.

AEDs have been placed in many Indiana State Police patrol cars as a result of a partnership with Bolt For the Heart, a non-profit organization that raises money to place AED’s in Indiana organizations like the ISP.