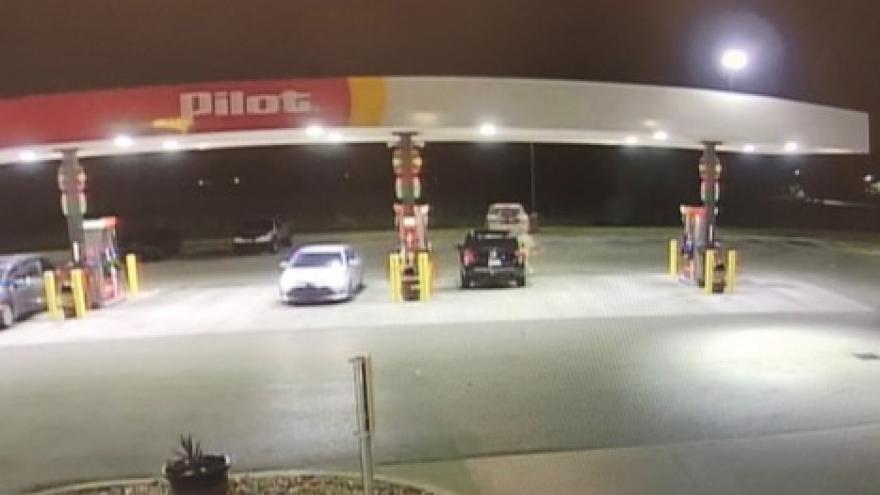 LAKE COUNTY, Ind. – An armed robbery and carjacking led to a pursuit through Jasper and Lake Counties and resulted in a State Trooper being shot and the suspect succumbing to their injuries from a gunshot wound.

The Jasper County Sheriff’s Department originally responded to a report of an armed robbery/carjacking in Remington, Indiana at the Pilot Truck Stop service station.

The suspect had on a black mask and had allegedly aimed a gun at the owner of the stolen black Mitsubishi.

The vehicle was located by police near the 230 mile-marker on the I-65 traveling northbound.

The officer following the car however could not activate their emergency lighting because it became disabled. The officer then lost sight of the car near the 240 exit.

The vehicle was subsequently located by two state troopers near the 246 mile-marker.

After the troopers attempted to perform a traffic stop, the driver of the stolen car fled.

As soon as the troopers began pursuing the suspect, the black Mitsubishi sustained a flat tire.

The suspect stopped the vehicle, exited it and began to fire at police with a weapon. One of the bullets struck a trooper.

After gunfire was exchanged, the suspect was struck by one of the trooper’s bullets.

The trooper began to administer first aid to the suspect, but his efforts were unsuccessful.

The injured trooper was then transported to the hospital for non life-threatening injuries.

The Lake County Coroner pronounced the suspect dead at the scene.

Police are also requesting help from the public in identifying and locating a potential second suspect who was seen at Pilot Truck Stop during the time of the incident.

This second suspect is described as a black male, possibly driving a silver Toyota Corolla.

The second suspect’s car allegedly had on their hazard lights when they entered Pilot Truck Stop and was seen parked next to the black Mitsubishi that was stolen and left at the same time as the stolen Mitsubishi.

The second suspect abandoned their car on the I-65 near the 202 mile-marker.

If anyone has any information on this individual’s identity or saw the vehicle on I-65 is requested to contact Detective Smith or Detective Rector at the Lafayette State Police Post (765) 567-2125.