Light lake effect snow showers start Wednesday, up to an inch of accumulation is possible. The wind changes direction ahead of cold front but temperatures do little warming. Light snow is likely again Thursday morning, early estimates still on the order of around one inch. Major change to end the week, the forecast is still cold but sunshine looks to dominate the forecast through the weekend. Next week trends milder. 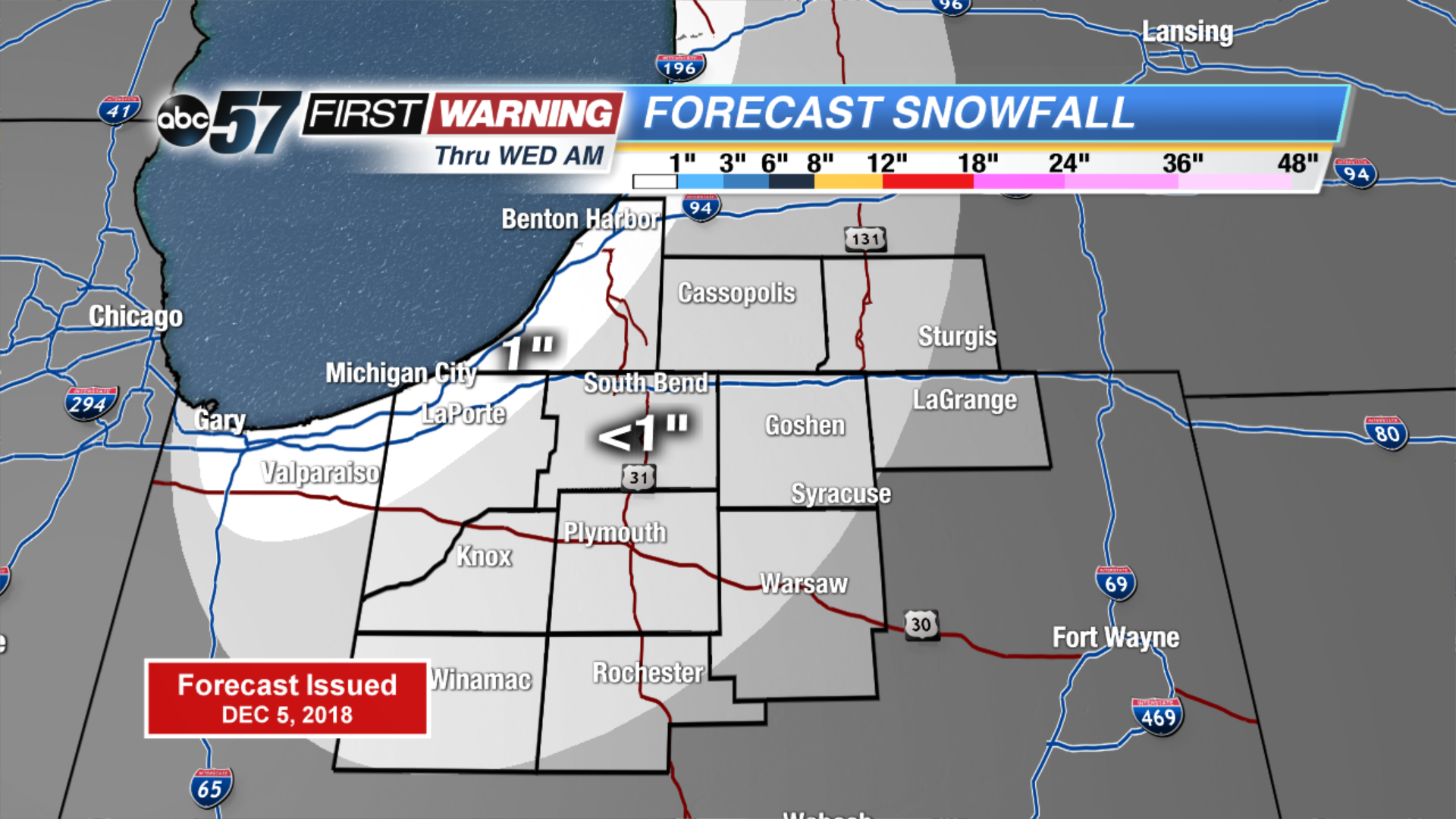 Tonight: Mostly cloudy with a chance of lake effect snow showers. Low of 24.