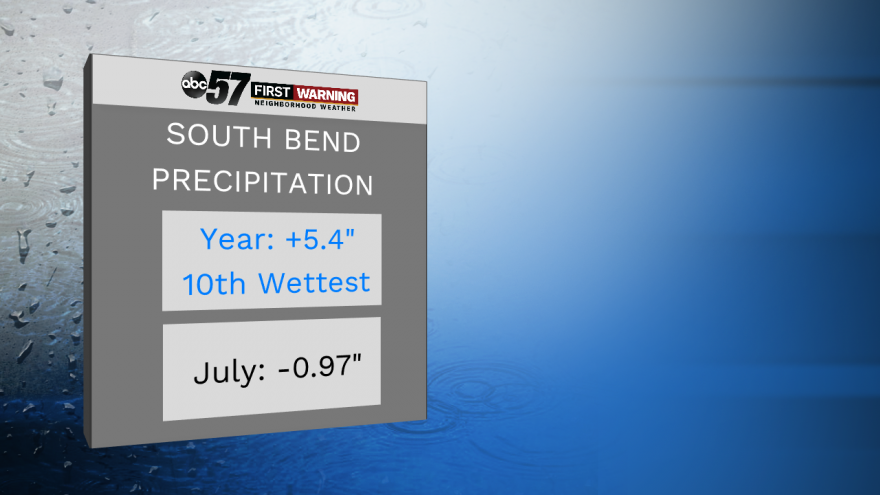 After a very wet spring, which even delayed planting of crops, Michiana is quickly becoming abnormally dry. This is hard to believe, considering 2019 is the 10th wettest year on record so far, but the rain has been sparse since early July, leaving South Bend in a rain deficit. 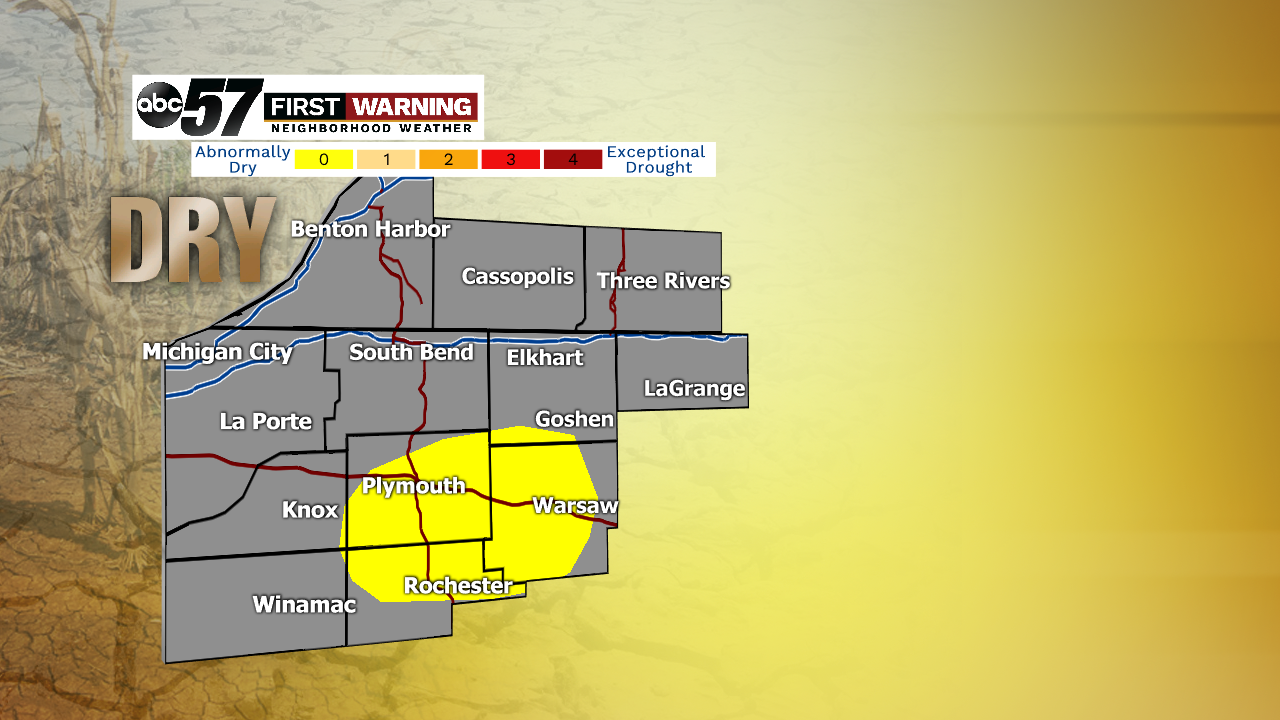 Abnormally dry conditions will continue, especially due to the lack of rain in this upcoming forecast. We will see the rain deficit increasing by around an inch through next Tuesday alone. 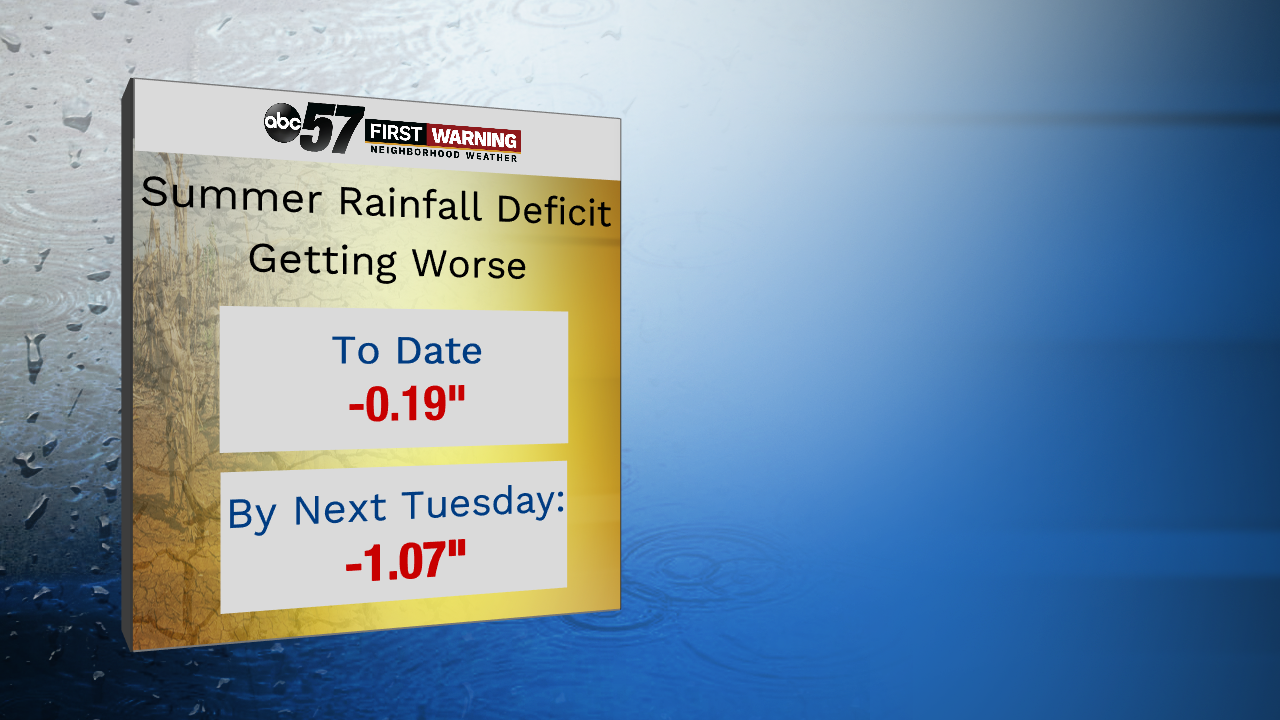 The August precipitation outlook is looking drier than normal for Indiana and Michigan, especially in eastern Indiana. This could include St. Joseph County, Michigan, and LaGrange, Kosciusko and Fulton counties in Indiana. Grass, plants and farmland will need to be watered more often throughout the month. 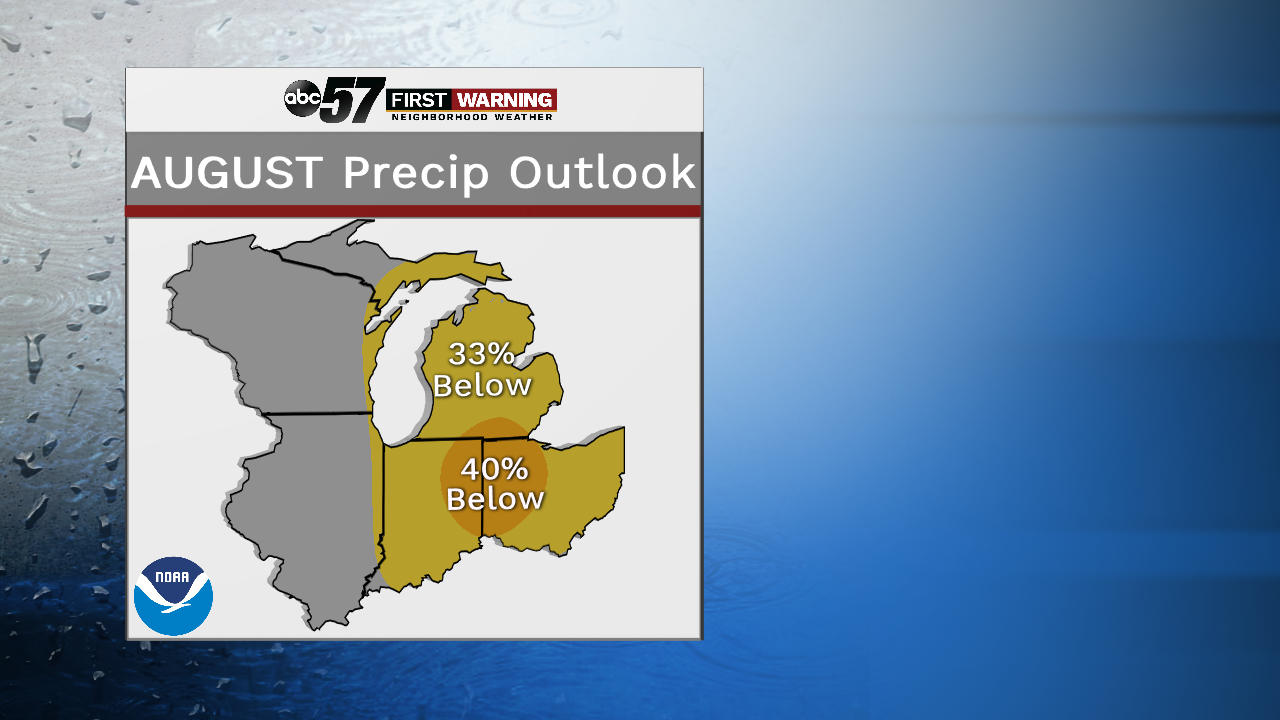 The August temperature outlook predicts cooler than normal temperatures, Most likely during the middle of the month. 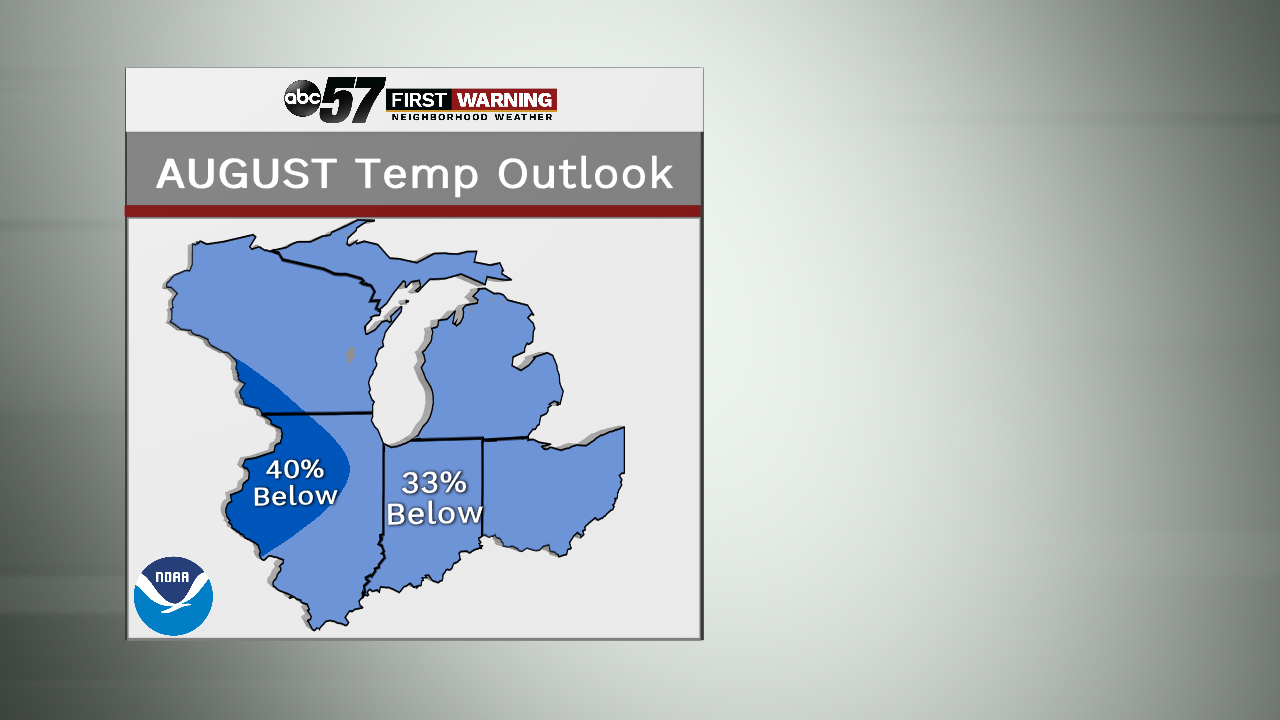