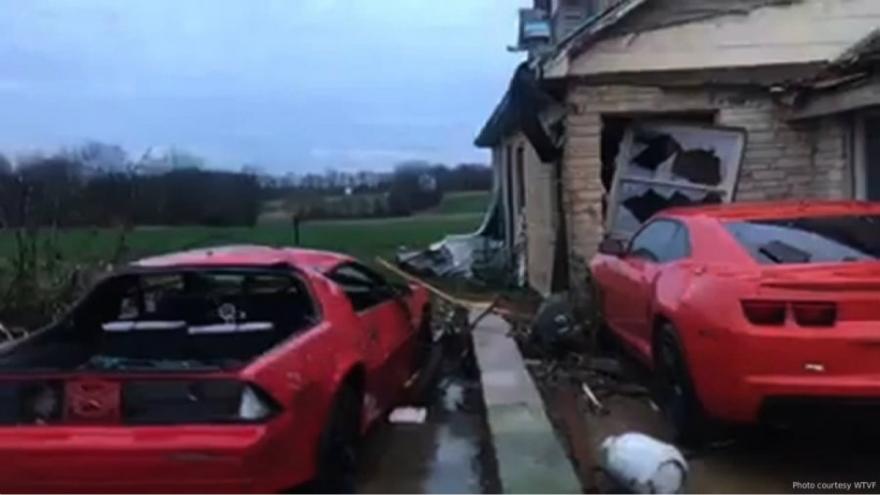 "We have lost two fellow Kentuckians today due to severe weather events in the western part of our state, he wrote. "The potential for similar weather continues to move into Kentucky overnight. Please take weather watches/warnings seriously, and stay safe."

Bevin didn't say where the people were killed.

A 79-year-old woman died when she was hit by debris in her southwestern Kentucky home, the Logan County Sheriff's Office said.

The county's emergency management office said some structures, including barns and grain bins, were damaged.

A man was found dead in Simpson County, Kentucky after his car became submerged in a creek, CNN affiliate WSMV reported.

In Robertson County, on the other side of the border with Tennessee, there were also reports of overturned vehicles, windows blown out, and downed trees.

Parts of Kentucky and Tennessee were under a tornado watch until early Sunday morning, according to the National Weather Service.