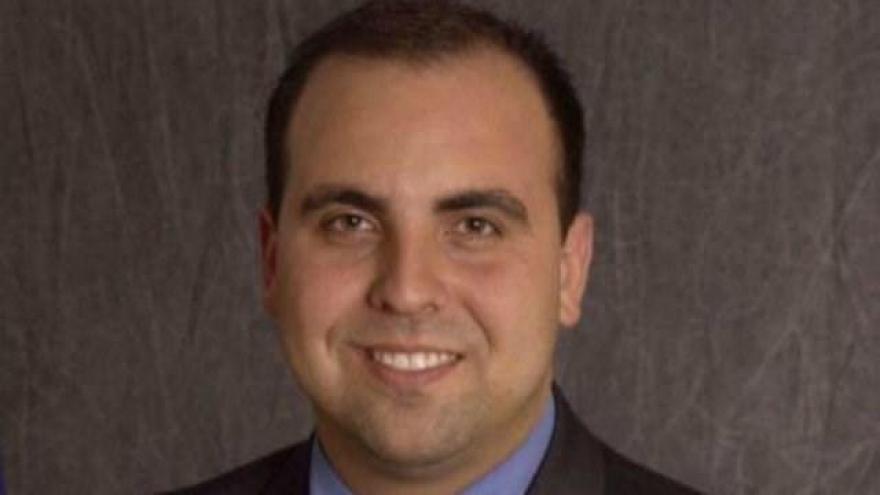 (CNN) -- A Texas lawmaker is lucky to be alive after an apparently stray bullet hit his head during a New Year's celebration early Sunday, authorities said.

State Rep. Armando "Mando" Martinez, D-Weslaco, said his wife had just given him a kiss shortly after ringing in the new year with family and friends, and the next thing he knew, "it felt like a sledgehammer hit me over the head."

A bullet fragment had just punctured the top of the south Texas legislator's head.

Martinez said he had just stepped outside a home in a rural neighborhood north of Weslaco when he was hit.

Martinez, 40, was transferred to the neurosurgical unit at Valley Baptist Medical Center in Harlingen, where surgeons removed the bullet fragment. The fragment had penetrated his skull and lodged itself into the dura mater, the top layer of the brain, doctors told Martinez.

The fragment appears to be from a .223 caliber round, said Martinez, who spoke to CNN by phone on Sunday while recovering at the hospital.

"Had it gone any further, I don't think we would be having this conversation," Martinez said.

"There is no evidence to indicate he was targeted," Rodriguez said.

"It was a miracle last night. I was given another chance at life and I'm grateful for it," Martinez said.

Martinez was elected to a seventh term in November and scheduled to take the oath of office January 10.