NORTH LIBERTY, Ind. - The fire at an American Electric Power substation is out after crews worked to contain the flames Sunday afternoon.

According to St. Joseph County dispatch, 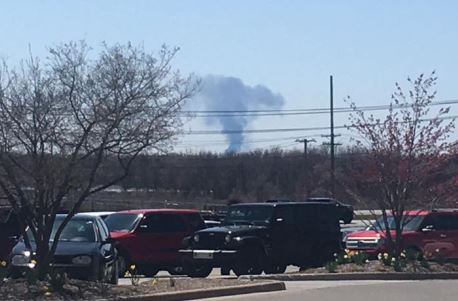 Photo Credit: Nicole Read
the call came in around 1:48 p.m.

In a statement Schnee Garcia of AEP stated, "AEP crews on scene did communicate to the fire department that we would call them when we had the affected transformer safely isolated and the reason for that is that it's safer to allow the transformer to burn down and then isolate. At this time only that transformer has been removed from service, the rest of the yard is operating as it's intended to be or intended to do so. There are no customers that are affected."

It burned for nearly seven hours as officials allowed it to burn out before moving in to isolate the flames.

The cause of the fire is said to be due to a tripped transformer.

AEP says they will not take the station offline.