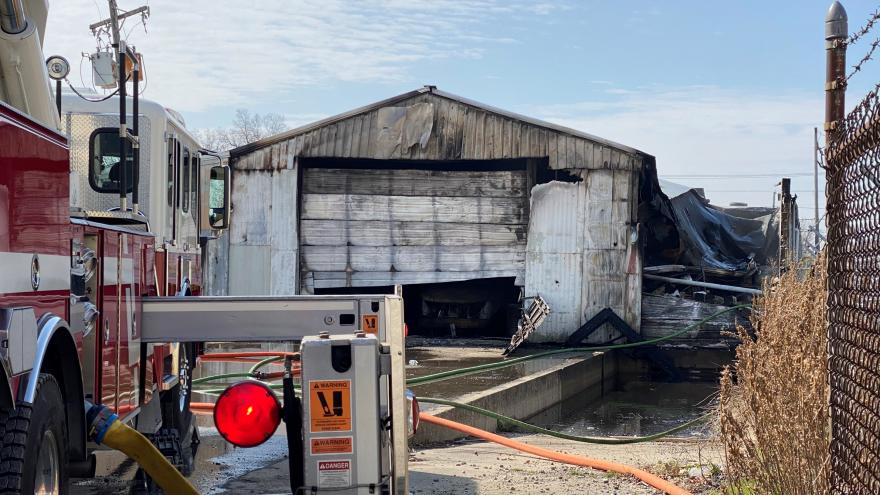 When crews arrived at the scene, there was heavy smoke coming from the back end of the west building and heavy fire inside, the report said.

Fire crews entered the building to attack the fire head-on, while aerial trucks were placed around the building, the report said. Shortly after their arrival, the roof collapsed in the northwest area above the main fire.

In total, five fire departments came out to put out the flames.

At this time, this fire remains under investigation.