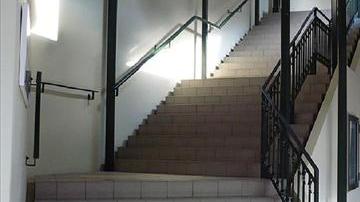 The 21-year-old was out with friends when he tried sliding down the stairway.

Instead, he fell down four flights of stairs to the bottom of the open stairwell.

His friends say it is hard to believe.

"Everyone wanted to be around him all the time, I wanted to be round him because he was funny and he was just the best friend that everyone could ask for," said Ricky Jones.

The young man played on the school's hockey team.

Police are still investigating whether alcohol played a role in the accident.