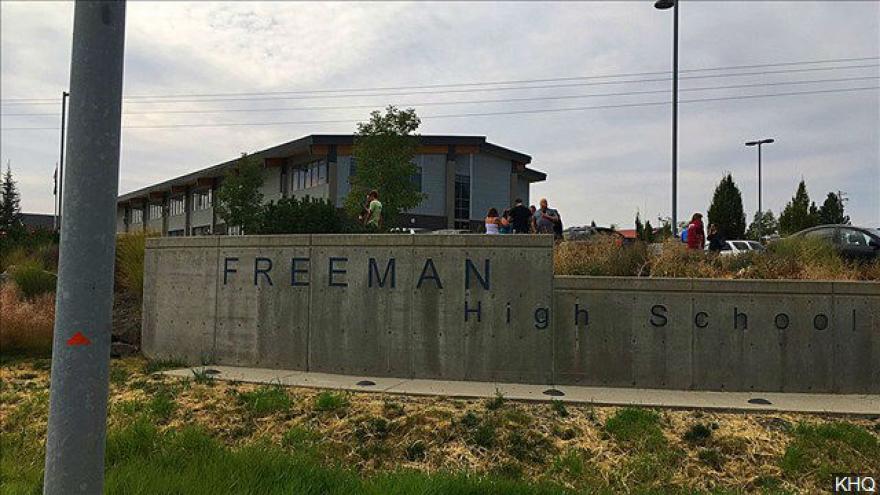 (CNN) -- One student was killed in a shooting Wednesday inside Freeman High School near Spokane, Washington, Fire Chief Brian Schaeffer said at a news conference.

Three other juveniles were in stable condition at a hospital.

The suspect was detained, the Spokane County Sheriff's Office tweeted.

"As Spokane County officials continue their investigation to get the answers to the questions so many of us have during these unthinkable tragedies, the Washington State Patrol and all state agencies will do whatever we can to help provide support and comfort in the days and weeks to come," Washington Gov. Jay Inslee said in a statement.

He called the shooting "heartbreaking" and said all residents of the state are thinking of the victims.

The suspect brought multiple weapons to the campus and the shooting took place in a second-floor hallway, said Spokane County Sheriff Ozzie Knezovich. One of the suspect's weapons jammed during the incident, Knezovich said.

The school, which is between Spokane and Rockford, has 327 students, according to media reports.