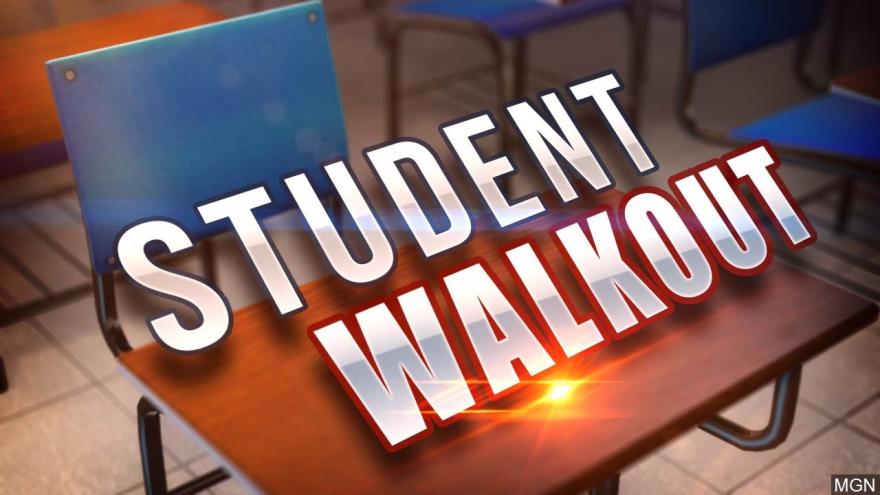 ELKHART, Ind. - On Friday, more than 2,500 schools across the country are expected to participate in the National School Walkout.

The plan calls for high school students to walk out on April 20, the 19th anniversary of the Columbine shooting when a gunman killed 12 students and a teacher.

The walkout will take place from 10:00 a.m. local time until the end of the school day.

According to orgznizers, students will gather outside at their schools, where they will take 13 seconds of silence to honor the 13 killed at Columbine High School.

The organizers' web site lists several Michiana schools that are expected to take part. You can find that list HERE.

Other actions during the day will include marching to a local lawmaker's office, allowing open-mic time for students to share concerns and helping register those who are eligible to vote.

She was disturbed by her own reaction -- or lack thereof -- to the February massacre at Marjory Stoneman Douglas High School in Florida. The shooting left 17 students and faculty members dead.

"When I found out about the shooting at MSD, I remember I didn't have a huge reaction. And because of that, I knew I needed to change myself, and we needed to change this country," Lane said. "We should be horrified, and we're not anymore. It's American culture."

Lane also said students should be empowered "to do the walkouts and become leaders in their communities, speaking up when they see inaction."

"The federal government can set standards and practices that apply to all states around gun safety. But states have the option of passing additional measures to protect their own residents from gun violence," the website says.

Students are calling for several measures, including banning assault weapons, high-capacity magazines and bump stocks; mandating universal background checks; placing a minimum age of 21 on all gun purchases; implementing waiting periods between a gun purchase and gun transfers and allowing families to petition a court to remove guns from individuals at risk of injuring themselves.

While there hasn't been major congressional action since the Parkland massacre, some cities and states have toughened gun control.

CNN's Holly Yan and Faith Karimi contributed to this article.