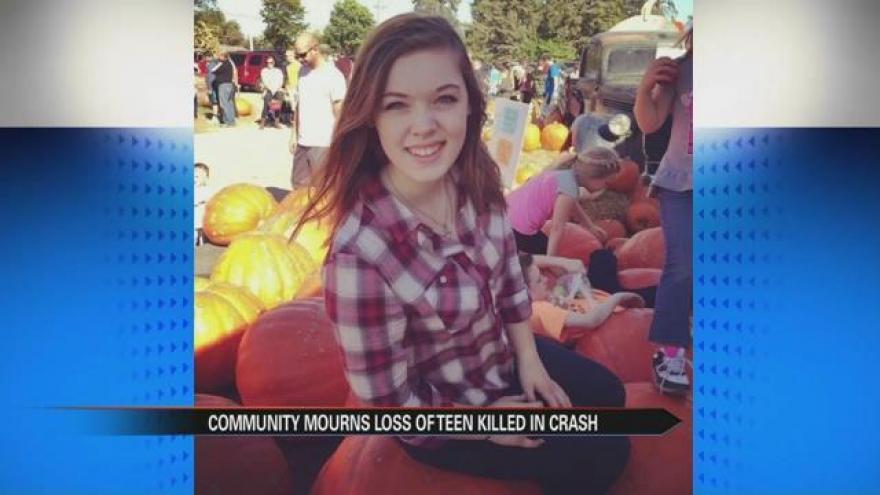 It happened at the intersection of Pine Lake Street and Dailey Road.

The driver, 16-year-old Makayla McKenzie was pronounced dead at the scene.

17-year-old Hannah Philpot was a passenger in that SUV. She remains hospitalized in stable condition.

On a warm and sunny spring day, three eager teenagers looked forward to a big day ahead.

It included taking final exams, as part of their duel enrollment with Southwest Michigan College.

“They were headed up to Southwest Michigan College to take their final exams when this happened,” Leslie said.

The high school juniors were traveling north on Dailey Road in Cass County.

Just before noon, their vehicle was struck by a red pickup.

Police said 25-year-old Jeffrey Jackson did not yield to the stop sign.

McKenzie was pronounced dead on the scene.

Students and faculty said she was active in theater and recently appeared in the school’s production of Cinderella.

McKenzie sang on the varsity choir, which qualified for the state festival, tomorrow.

Today grief counselors were on hand to help students and staff cope.

“It’s just been real quiet and everyone is mourning her loss,” said Shrider.

“I think they’re all kind of doing the best they can. The students have been just tremendous supporting each other through this time,” Leslie added.

There has also been an outpouring of support on Facebook.

Hundreds sending love and prayers to McKenzie’s family and friends.

Makayla’s uncle, Scott Ravenscroft, has also set up a go fund me account. He said the family is struggling financially.